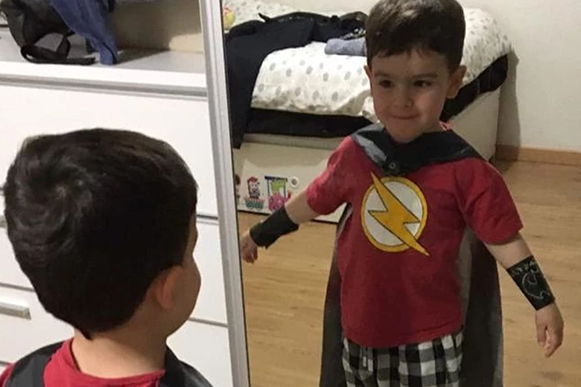 The most important game

Isidro Gastaldi Aladro is the son of Laura Aladro, former goalkeeper of Las Leonas, Argentina’s national team. He is now struggling every day, waiting for a heart transplant.

Isidro is from Tandil, a city of the province of Buenos Aires,Argentina. He is just 3 years old and only two months ago, he was diagnosed with myocarditis. He is currently admitted to the Italian Hospital of the City of Buenos Aires, accompanied by his parents, who firmly maintain their smile and hopes while they share games and conversations with Isi, waiting to receive a heart for their little boy, who is now submitted to the national emergency list.

Laura Aladro, his mother, joined the Senior Argentinian team Las Leonas in 2005. She was a member of the team that put Argentina on the top of global hockey in 2010, as the team was crowned World Cup champions in Rosario. She also obtained other great recognitions in our sport, being runner-up in the 2001 Junior World Cup and claiming a silver medal at the Pan American Games in Guadalajara.

This time for Laura and her family, the games are played every day in that hospital room where they stay with their son Isidro. That room is also the place from where a campaign was born through social media to find #uncorazonparaisi (#aheartforisi), a campaign that is being supported by hundreds of athletes and celebrities from Argentina, such as Luciana Aymar, Cachito Vigil and Belén Succi.

From FIH, we would like to join and support Isidro and his entire family on this journey.

We would like to thank the family and Club de Tandil for the pictures and videos shared.