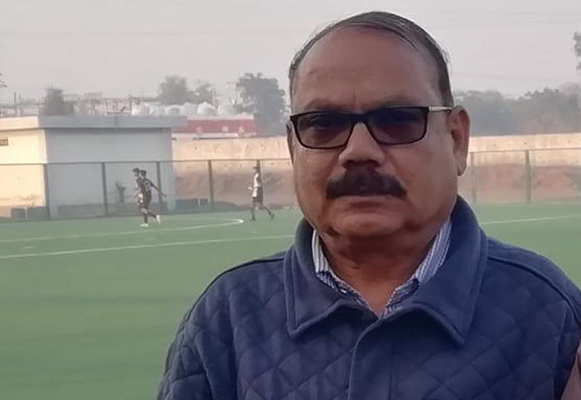 On Tuesday, it was reported that renowned hockey statistician and historian Baboolal Govedhan (B.G.) Joshi had passed away, succumbing to COVID-19 complications at the age of 67.

A leading authority on hockey statistics not just in India but also globally, B.G. Joshi was a hugely influential figure in hockey media circles, with journalists the world over quick to recognise the huge importance of his life’s work, amongst them being Mihir Vasavda of The Indian Express.

“At a time when professional sports had dedicated teams to maintain statistics, Joshi was a one-man army in a sport that was bereft of any such data, especially on Indian players”, wrote Mihir Vasavda about the man who maintained hockey statistics since the early 1970s, something which essentially began as a passion project.

Vasavda continued: “He went to extreme lengths to make sure not a single goal scored by an Indian went unrecorded. This, despite the sport not being widely telecast, matches being played at irregular intervals and barely any information available on the web, making stats-keeping that much harder. Yet, for close to five decades, he has been a go-to man for federations, players and journalists for all the numbers related to hockey, more so the Indian game.”

“No stat was seemingly beyond him”, wrote Rod Gilmour, the editor of The Hockey Paper. “When Ireland women reached the 2018 World Cup Final, according to The Hook, ‘he whipped out the line that Zoe Wilson was only the third bespectacled player to reach that stage’.”

It is not only hockey journalists who have been paying tribute. Writing on Twitter, legendary India attacker Dhanraj Pillay was one of many players who expressed sadness regarding Mr Joshi’s death, describing him as the man ‘who remembered our achievements better than us. Ever-smiling and always ready to help, he’s chronicled Indian Hockey for five decades. With the passing of Joshi ji, I’ve lost a dear friend and the hockey fraternity has lost one of its biggest assets.”

Hockey India president Gyanendro Ningombam said: “Despite his full-time job as an engineer with the Madhya Pradesh Water Resource Department, he would remain committed to his passion of keeping up with the numbers. There is perhaps no player in the history of modern hockey that B.G. Joshi didn’t have statistics about. He kept records of players debuts, goals, goal assists and so on and also maintained records of global hockey. We have lost a true fan of hockey today. We express our deepest condolences to his family members. We share their grief in these sorrowful times.”

FIH Media Officer and journalist Richard Stainthorpe described Mr Joshi’s passing as “desperately sad, a massive loss for a sport that he was fanatical about. He was a humble man who was perhaps unaware just how revered he was by his peers. Media centres at hockey events in India simply won’t be the same without him.”

The International Hockey Federation (FIH) offers our sincere condolences to B.G. Joshi’s family and friends at this difficult time. His immense contribution to our sport will live forever in the hockey statistics that he dedicated his life to collating.