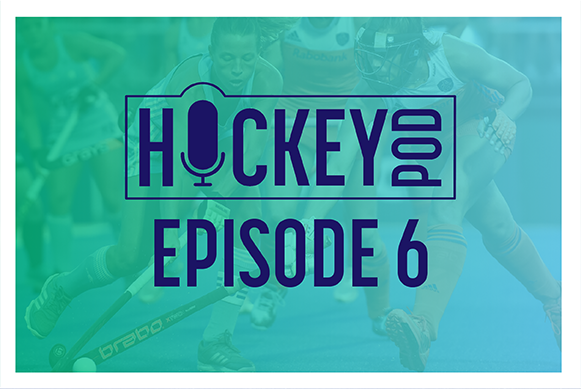 The recent celebration of 100 Days to Go to the Olympic Games Tokyo 2020 will have caused a quickening of the senses for many athletes as they continue with their preparations for the blue riband event.

Delfina Merino was one of the guests on Episode 6 of the Hockey Pod podcast and, as she told the listeners, she was in no doubt about her own levels of excitement leading up to the event. She also reflected on the delay to the games and the impact that has had on the players.

“It has been really hard for all the players, but also for everyone, because no-one saw Covid coming and our lives changed for a whole year,” she said. “Knowing that Tokyo will take place is really fantastic.

“We are training lots, which has been tough as there haven’t been any matches. It will be a special Olympics, it will be emotional I think. And the 100 Day to Go mark makes us train with more focus.”

The Olympic Games Tokyo 2020 will be Merino’s third Olympic Games. In London, she and her team won silver and this time they have their hearts and minds firmly set on gold. Whatever form the event in Tokyo takes, the Argentina captain says: “Olympics are Olympics. If you play an Olympic Games, you are an Olympian all your life. It is a special moment for all players and it is happening. It is also a way to show the world that there is hope. It will be emotional and very, very powerful.”

Merino says the delay of a year and the lack of international matchplay for 12 months did cause a momentary question to pop into her head about the reasons she was continuing to put herself through the tough training regime of an elite athlete.

“There was a moment when I thought “Oh, I am training for the Olympics and, if the Olympics don’t take place, what am I doing? It was a day that I had a crush in my head and then I thought, ‘but I play hockey and I train because it is my passion. I love it. It doesn’t matter if it is Olympics, or Pro League or just playing with my club, I enjoy it so when I see it in that way, at the end of the day, I love hockey. So, no, I didn’t think that I would quit, I just thought ‘Come on Tokyo, you need to happen!’”.

And with the announcement that the Olympic Flame will fly over the stadium in Tokyo in less than 100 days, Merino says her energy levels, and the energy levels of her team mates have never been higher. It all points to this being a very special hockey competition.