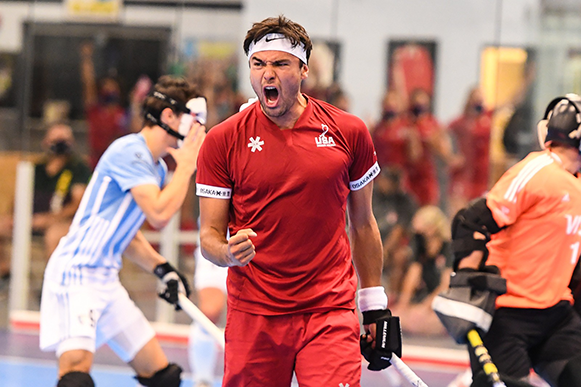 European influences in the USA squad

Aki Kaeppeler has been a member of both the USA men’s national team outdoor and indoor squad for the past nine years. The defender made his debut in 2012 and has been at the heart of the USA team ever since.

The USA men’s indoor team are heading to Liege in Belgium in February for the FIH Indoor Hockey World Cup but for Kaeppeler, who was born in Germany, it won’t be a new environment as he is currently playing his club hockey at Klein Zwitserland just over the border in the Netherlands.

Kaeppeler combines three days of hockey training with two days working as an architect. It is this ability to continue working towards a career after hockey, as well as playing the sport he loves, that has made his time in Europe so beneficial. Others from the US team are making similar moves, although as Kaeppeler says, it is not for everyone, particularly as it is so far from home and family.

‘Our preparations are very much a moving part at the moment,’ says Kaeppeler. ‘Things have changed because of the Pan Am Cup being rescheduled but we will definitely be doing some squad training in Europe because so many of the squad are based in Europe and we can get training games against European clubs.’

For Kaeppeler, playing in the Pan American Cup with the outdoor squad means missing out on the European hockey indoor season, an experience that would have certainly sharpened the players for the World Cup.

That said, Kaeppeler is buoyant about his team’s Belgium adventure. ‘We have a few players in the squad who have played a lot of indoor hockey in Germany, so they will give us good structure. And we have always made playing on the world stage our target as a squad. At the Indoor Pan American Games we said ‘this is great opportunity to compete at the Indoor World Cup. We are so glad we made it and we are proud to represent our team at the top level of the game. It is what we play the sport for.’

At the FIH Indoor Hockey World Cup, USA men will be competing in Pool B against Germany, Iran, Netherlands, Belgium and Namibia.