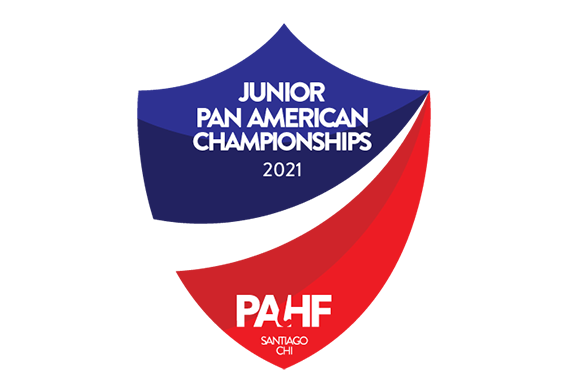 The men’s and women’s Junior Pan American Championships will be bursting into life on 21 August as seven men’s and six women’s teams contest the title and qualification for the Junior World Cups, which take place in India (men) and South Africa (women) at the end of 2021.

These two events are always hotly contested and have provided a launch pad for many stars of the senior international scene.

In the final of 2012, a 20-year-old Gonzalo Peillat caught the eye when he calmly despatched a drag flick past Kevin Pereira in the Canada goal to bring the scores level, before his Argentinian team went onto win 3-2. Peillat was top scorer and Player of the Tournament - and eight years later he was top goal scorer again on the biggest stage as his penalty corner goals helped his side win the gold medal at the Rio 2016 Olympic Games.

At the same 2012 Junior Pan American Championships, while their role models Carla Rebecchi, Luciana Aymar and Delfina Merino were winning silver at the 2012 London Olympic Games, sisters Florencia and Agustina Habif, along with Agustina Albertarrio were helping guide Argentina to complete a double victory against Canada. Those same stars have all become major players for the Argentina senior team, with Albertarrio winning silver at the recent Olympic Games Tokyo 2020.

Competing in the men’s competition in Santiago, Chile, will be Argentina, USA and Trinidad and Tobago in Pool A, with Pool B comprising teams from Brazil, Canada, Chile and Mexico.

Argentina, who are coached by Olympic gold medallist from 2016, Lucas Rey, are ranked at number one for the event. Their strongest challenge is likely to come from Canada and Chile, ranked two and three respectively, although USA indoor and outdoor national team player Pat Harris will be using all his experience as Head Coach to the USA team.

The women’s competition sees Argentina, Canada and Uruguay competing in Pool A, with Chile, Trinidad and Tobago and USA vying for the honours in Pool B.

Like the men’s team, Argentina are ranked number one but in USA and Chile in particular, they face tough competition for top spot. On player who already has a wealth of knowledge about playing top level hockey is Valentina Raposo, who was a star of the Argentina senior team at the Olympic Games Tokyo 2020.

History is on the side of Argentina in both the men’s and women’s competitions. The men have not been beaten to the title since the competition began in 1978. Canada and Chile have both finished second on four occasions, with Cuba the other team to appear in the final in 1996 and 1988.

Argentina women have been beaten just once, in 2008. On that occasion USA won gold, beating Chile in the final. Argentina overcame the challenge of Mexico to win the bronze medal.

The Leonas’ most recent victory in 2016 saw the team win 6-0 against USA. Player of the tournament and top goal scorer was Maria Granatto, who was voted FIH Rising Star in 2016 and 2017. Of the victorious Argentina team on that occasion, seven players, including Granatto, recently represented Argentina as they won silver at the Olympic Games Tokyo 2020.

Previous Pan American Junior Championships provide a roll-call of honour for international stars and each edition is a spring board for stars of the future. The competition gets underway with a tantalising meet between Argentina and Trinidad and Tobago in the men’s event, while the curtain raiser for the women’s event is a battle between the South American neighbours, Argentina and Uruguay.