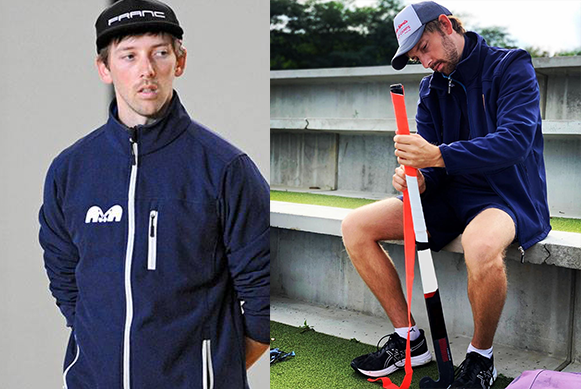 The Young Athletes’ Academy is the latest initiative from the progressive team at the FIH Academy, whose aim is to develop hockey skills and knowledge across the international community.

While many of the courses, webinars and mentoring schemes are aimed at adult athletes, coaches and officials, the Young Athlete’s Academy (YAA), as the name suggests, is focusing on young players.

Combining coaching advice and support from some of the world’s leading coaches, along with mentoring provided by some of the biggest names in the sport, the YAA aims to inspire and educate young players so they can take their understanding of the sport, and their own personal development within it, to the highest possible level.

One of the coaches providing information, tutoring and support is Spanish Hockey Federation and Club Egara Head Coach Andrew Wilson.

On the back of other FIH Academy online courses, the experienced coach was approached by Mike Irving of The Hockey Exchange and FIH Academy Director Mike Joyce to get involved in designing the course. From there it was an obvious next step to recruit Wilson as a coach mentor alongside South Africa’s Tsoanelo Pholo and Hockey Wales’ Chris Marriot.

“The idea is that the athletes will be split into smaller groups and have an online meeting with an athlete mentor and a coach mentor,” explains Wilson. “In that meeting, we will discuss their progress, support them in what they may need and discuss what is coming up next.

“As well as mentoring, I am delivering one of the workshops. My workshop is all around how to analyse yourself, looking at what you need to look for in video feedback, what coaches may ask on the back of video review. There will also be a section on themselves developing as people, not solely as hockey players.

“As part of that process, we will also use video playback from international matches and look at the body language and reaction of players after a certain situation. For example, we will look at Argentina's Lucina von der Hyde and Australia's Kat Slattery and watch how they react in specific situations.

“In addition, we will provide them with resources that they maybe cannot get in their current context, so this is additional support for them.

“I want them to enjoy this. For me, this is a very special project. It is the first of its kind from the FIH and, as a young player, if this had been available to me I would have snapped up the chance. I just want them to enjoy it and to be as honest and open as possible and to really throw themselves into it.”

For Wilson, the course is a way of staying reactive in different hockey circles. In his day-to-day job he is focused on adult, elite hockey. He says: “Through this, I get to know where the new generation is at. I get insight into things they like and what makes them tick. It will certainly help guide the work I do for the Spanish Hockey Federation.”