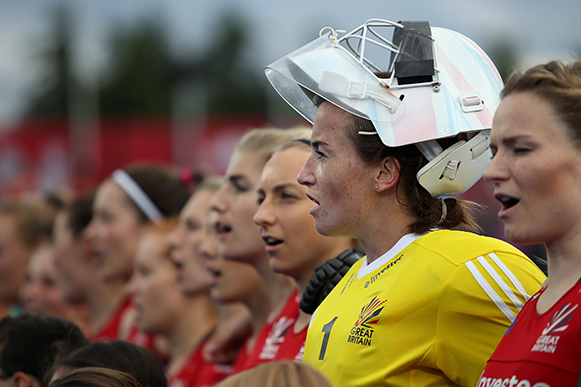 Young athletes get connected with stars of the game

An exciting new development and mentoring programme aimed at young athletes is being launched by the FIH Academy in mid-October.

Starting in Europe and Africa this month but expanding to the Pan American region, Asia and Oceania in the coming months, the 12-month programme brings together potential new hockey talent with elite level players and coaches.

There will be 20 young athletes on the inaugural programme, and this group will then be divided into smaller groups of six, where they will be linked to their athlete mentors and coaches.

The Young Athlete Academy is open to 14-18 year old hockey players who want to become the very best players they can be. The course comprises 15-20 events, including interactive workshops, specialised sessions such as sports psychology, strength and conditioning, skills clinics and presentations from some of the best hockey brains in the world.

The Young Athlete Academy utilises all the advances made recently in online communication, so group mentoring sessions, one-to-one conversations with coaches and elite athletes, plus a schedule of activities to enhance hockey knowledge and understanding, are all part of a comprehensive programme. Attendees receive a Young Athlete Academy Diploma at the end of the course.

Technical support will be provided by Coach Logic, allowing the young athletes to develop skills of individual performance analysis, group match analysis, plus a platform for group communications.

Mark Cairns of Coach Logic says the programme taps into many of the principles that Coach Logic were founded upon.

“We built Coach Logic for players. We wanted to get players more involved in analysis and taking a proactive role in their own learning – rather than being told. This initiative gives young players around the world a chance to connect with top players and coaches and help them get better understanding of the game.

“The young player can upload a video of themselves playing or training. They can select clips their performance to their mentors and start a discussion around those areas. The great thing is that you could conceivably have a young player in one part of the world getting support from a top coach or player on the other side of the world. This is the great way that technology can bring people together and share the learning.”

England and Great Britain goalkeeper Maddie Hinch is one of the elite athletes providing mentoring and support on the course. She says: “I’m very much looking forward to getting involved with the Young Athlete Academy. It’s a fantastic initiative from FIH and an incredible opportunity for young hockey players to get the most out of their development.

“My role as a mentor will enable me to connect globally, helping to inspire and guide the athletes on their journey to becoming the best they can be.”

Maddie will be joined in the initial stages by fellow Olympians Marsha Cox of South Africa and Great Britain and England’s Sam Ward.

The FIH Academy is working with The Hockey Exchange to deliver the programme. Director of the FIH Academy, Mike Joyce says: “We are really pleased to be ready to launch this initiative as it promises to deliver high quality mentoring to potential young hockey talent in an innovative and effective way.

“This shows that, despite travel restrictions due to the pandemic, we can still connect, educate and inspire across the entire global hockey community and I am grateful to the Hockey Exchange, Coach Logic and our wonderful athlete mentors and coaches for working to turn the vision to a reality.”

To check out all the initiatives and current work of the FIH Academy click here.