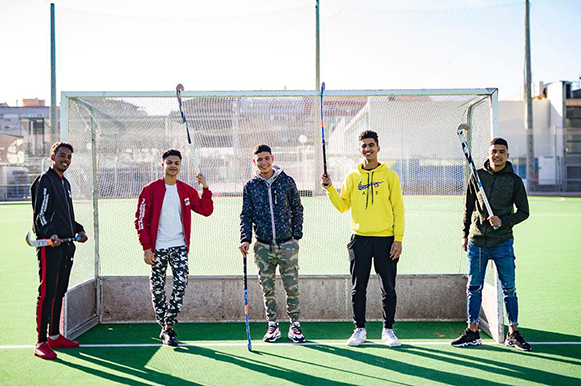 Whistling their way to success

Taking part in sport is a powerful tool when it comes to helping people rediscover strong personal and community values after they have encountered some form of personal difficulty.

This has proven especially true for eight young men from Catalonia in Spain, who for one reason or another, were struggling to stay in education, find employment or even to live within the law.

However, a unique programme has been developed that gives youngsters a sense of responsibility and control, as well as a huge amount of new skills.

Though InsSport, a programme developed and promoted by the Union of Sports Federations of Catalonia (UFEC), the eight boys have taken part in an eight week hockey umpiring programme.

It was a very steep learning curve for the youngsters as only one of the eight had even seen a hockey match, let alone umpired a game. So they learnt the game from the start and, over the eight week period, developed the skills and knowledge necessary to take control and officiate a game. 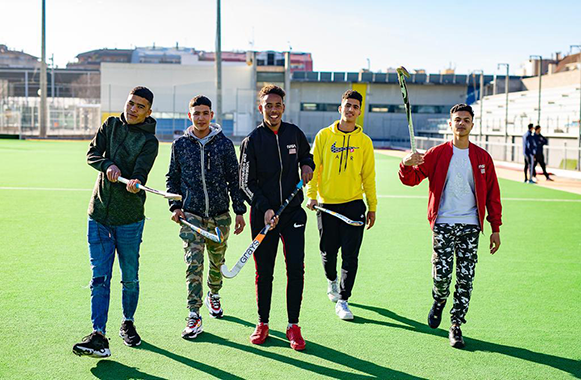 It wasn’t an easy task for the boys, many of whom lived more than two hours journey time away from the Municipal Stadium Marti Colomer hockey centre in Terrassa. But, they all attended the required 58 hours of hockey umpire training and impressed the coaches.

“What stood out and surprised us the most was the willingness and will they maintained. They came from far and wide to learn a sport from scratch. This is a challenge that has a lot of merit,” says one of the coaches on the programme, Julian Andrada.

At the completion of the course the participants had a chance to blow the whistle in the local Hockey Plus League. Speaking about the experience, one of the participants says: “There were a lot of people in the stands and you had to watch what you whistled. It’s a good experience to take full responsibility for what happens in these games.

“You have to stay calm, think hard and relax.”

And Andrada adds: “It’s about expressing yourself with gestures, because sometimes you don’t have to talk. Communication, sometimes made difficult by language and cultural differences, present an additional obstacle that they must learn to deal with. These are skills that can be used in many different areas of life.”

Following the umpiring course, the eight participants now have a diploma that allows them to umpire school and junior matches. The next step is to take the necessary qualifications to umpire at club level. But, for many of the youngsters, this is not just about moving up the umpiring ladder, it is about gaining the self-confidence and self-respect that they had lost temporarily while they struggled with disadvantages at home, school and within the wider society.

For eight people on the verge of dropping out, hockey has given them a way to succeed.