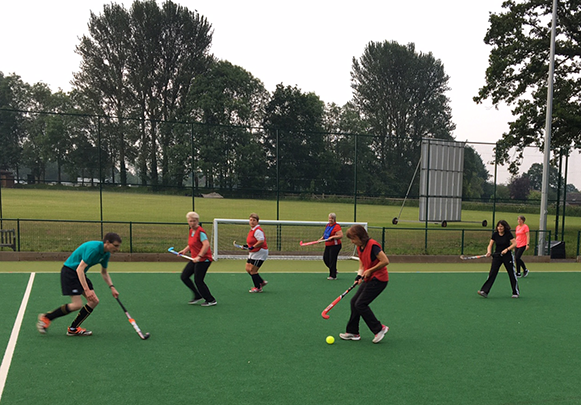 The Walking Hockey revolution took place around three years ago when, led by the dynamic Alan Gormley, clubs across the UK bought into the idea that, even if you were injured or lacking full mobility, you should still be able to play hockey.

Walking Hockey is exactly as the name suggests - you play hockey, walking. It’s designed to help people keep an active lifestyle regardless of age, health and ability, as well as getting those back into hockey who had to stop due to injuries or other reasons.

As well as the health benefits associated with most forms of physical activity; keeping fit and active and weight loss for example, there are also many social health benefits that come with playing Walking Hockey. Taking time to socialise, meet new people or even build confidence are all part and parcel of taking part in this version of the game.

Since its introduction at Bromsgrove Hockey Club, Walking Hockey quickly spread to numerous clubs across the UK. Gormley found himself travelling the length of country demonstrating to members how they could introduce the activity into their own hockey club.

Once a club adopted Walking Hockey, the numbers flocking to the activity were often huge. Gormley cites Portsmouth, where the membership base grew rapidly from zero to 150 participants over the course of a season. 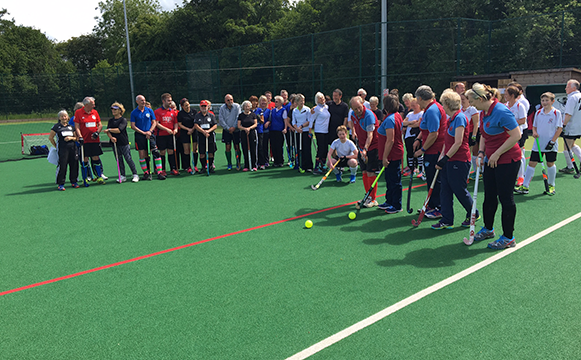 It wasn’t long before word spread further afield and Gornley found himself addressing groups in New Zealand, Australia, the Netherlands, South Africa and the USA.

The current Covid-19 pandemic has put a halt to many Walking Hockey clubs at the moment and Gormley himself has stepped away from a leading role within the movement, but Walking Hockey has developed a life of its own.

“Walking Hockey is now played in about 15 countries,” says Gormley. “Tournaments are happening in the UK and Australia and these are being driven by club members. There is a lot of interest from countries around the world. The UK still has the largest amount of players but the Netherlands is fast catching up.”

Unfortunately, as Gormley explains, a combination of the pandemic and a lack of financial support has meant that further development and promotion of Walking Hockey has had to take a back seat in many areas. Established Walking Hockey teams are surviving but, with clubs focussing on core activities as they return to play after lock-down, the rate of growth of Walking Hockey has slowed.

It is a situation that leaves Gormley feeling disappointed and frustrated. “Due to a lack of financial support, I’m having to leave it to those who have already started. I’m very worried because national governing bodies will be focussing on the core game in these very difficult times, but there are now even more people out there who will benefit from what we offer.”

On the plus side, Gormley does feel there will be a significant rise in interest once lock-down restrictions have eased. He is developing a walking sports centre, offering a number of walking sports, in his home town. The interest among the local population is perhaps a good indicator of the importance of this form of socially inclusive sport.

“The feedback I get from people who have joined Walking Hockey groups focuses on the fun, friendship and fitness,” says Gormley. “Social aspects are particularly strong: combating loneliness, depression, and helping people regain self confidence. Fitness features regularly in discussions as does the sheer enjoyment of playing a sport that they thought was long gone.”

While Walking Hockey might have temporarily plateaued under the force of the pandemic, it is an activity that seems to have gripped enough people to be sustainable in the future. With a gender split that is virtually 50/50 and the age of participants reaching into the 80s, this is a truly wonderful example of hockey’s inclusivity.