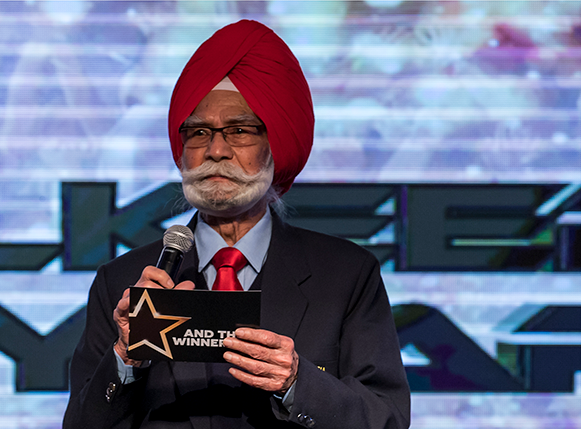 On Monday 25 May 2020, the hockey family lost one of its most iconic, beloved and celebrated individuals, Balbir Singh Sr, who passed away in Chandigarh, India after a prolonged illness at the age of 95.

A truly revered figure in his homeland but known to all as a humble and down-to-earth individual, Balbir Singh Sr was the most decorated athlete in the history of Indian sport and one of the finest goal-scorers to have ever played the game, being part of the India teams that won successive Olympic gold medals at the London 1948, Helsinki 1952 and Melbourne 1956 Games.

At London 1948, he scored two goals in the final to help his team claim a 4-0 victory against host nation Great Britain, just one year after his country had achieved independence from the British Empire.

Four years later at Helsinki 1952, India defeated the Netherlands 6-1 in the final, with Balbir Sr scoring five times – a feat that to this day remains unmatched in terms of Olympic gold medal matches. 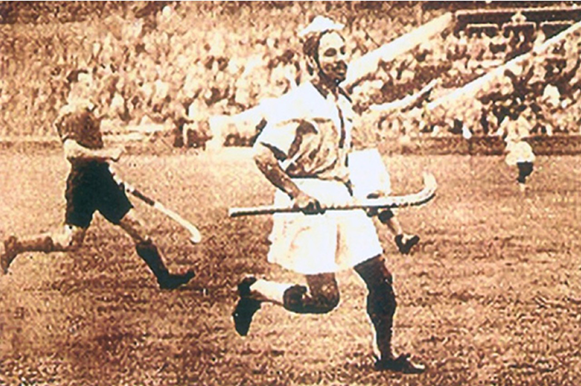 He was the captain of the team at Melbourne 1956, playing an inspirational role as India defeated Pakistan to win their sixth Olympic gold medal in hockey. The team scored a staggering 38 goals without conceding on route to glory. A year later he was awarded the Padma Sri, India’s fourth highest civilian honour, in recognition to his remarkable achievements and service to the sport.

However, his success was not just restricted to his brilliance on the field, but also away from it as an inspirational coach and mentor. He coached India’s men to World Cup glory at the Kuala Lumpur 1975 event, beating Pakistan 2-1 in the final despite trailing 1-0 at half time. In what remains India’s only World Cup title to date, the achievement served to further enhance Balbir Singh Sr’s already astonishing reputation.

Speaking upon hearing of the news, FIH President Dr Narinder Dhruv Batra said: "It is with an overwhelming sense of sadness that I condole the death of hockey legend Balbir Singh Dosanjh. It is with a deep sense of gratitude that I will remember the way he played the game, shared his knowledge when coaching teams and conducted himself off the pitch. I will cherish the simplicity, humility and pride that he brought to bear in his own charming way. His ready wit and willingness to share his vast knowledge were stand out features. Indeed, Balbir Singh ji leaves behind a rich legacy that cuts across all sport and physical boundaries."