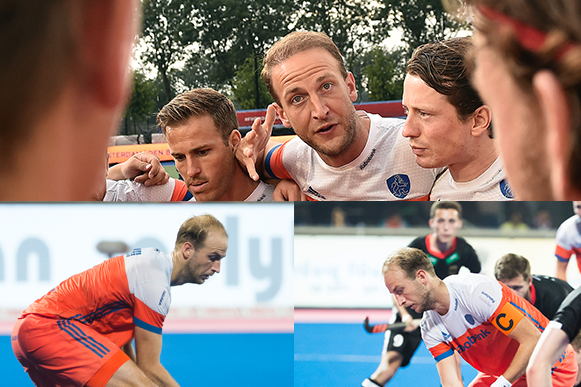 There is still a lot to achieve, says Netherlands captain Billy Bakker

The memory of what happened on the 9th August 2012 is something that continues to burn brightly inside the mind of Billy Bakker.

It was semi-finals day at the London 2012 Olympic Games, and the Netherlands faced their biggest challenge of the competition so far: a clash against in-form host nation Great Britain in front of 15,000 screaming fans at the Riverbank Arena. With both teams going through their respective pools unbeaten – GB finished second in Pool A behind Australia; the Netherlands won all five of their matches to top Pool B – the predictions ahead of the semi-final were split down the middle. Would it be the inspired home favourites, or the dazzling Dutch who would triumph? Despite the divided opinions amongst the media and the fans, there was pretty much universal agreement that the match would be a close-run thing. How wrong we were.

In what was the biggest Olympic semi-final winning margin since Dhyan Chand’s India crushed France 10-0 at the Berlin 1936 Games, the Netherlands produced a breath-taking display of attacking hockey to record a stunning 9-2 victory. Billy Bakker was unquestionably the star of the show, with the 23-year-old attacker scoring a majestic hat-trick as his skills, pace, power and vision made him simply too hot to handle throughout the contest. Despite the Dutch suffering heartbreak in the final against eventual gold medallists Germany, Bakker’s semi-final display against Great Britain was seen by many as the day he truly announced himself as a superstar of the sport.

Speaking to FIH from his home gym during the COVID-19 lockdown, Billy Bakker tells us about his career to date, personal highlights and much more.

Hi Billy - thank you for talking to us. What have you been doing to stay active and healthy during the ongoing COVID-19 global health crisis?
Billy Bakker: “It is a difficult situation, of course. In this period nobody is able to go outside, especially not to go on the pitch. I’ve got my own gym, and I’m doing some work in here every day just to make sure that I’m staying in basic condition by doing some strength exercises. We’ve got some more time, because normally we are spending a lot of time playing away games with the FIH Pro League, so family time is an advantage because I can spend some more time with my son, which helps me keep everything in balance during this period.”

Since making your Netherlands debut in 2009, you have experienced some incredible moments during your career. What have been the highlights of your time with the Oranje, and what is still left to achieve
Billy Bakker: “I think the highlights are the two European Cup [wins], and also the semi-final of the Olympics in London [2012]. There’s still a lot to achieve, because we are not number one in the world or World Cup winners. An Olympic title or a World Cup title would still be interesting. We are now focusing on the Olympics in 2021, so that is still something definitely to achieve.”

If there was one sentence to sum up your playing style or attitude on the pitch, what would it be?
Billy Bakker: “I think I’m always wanting to play forward. I’ve always had the [desire] to play forward, which is something which centres me a bit, yes.”

What moment on the pitch are you most proud of and why?
Billy Bakker: “There are a few I’m proud of, which is similar to the second question, about what I have achieved with the team. The European Cup titles and also the Olympic Games semi-finals, but also competing at the Olympic Games. Those are things that are still in my memory.”

What would be the best advice you could give to aspiring young hockey players?
Billy Bakker: “I think it is important that you don’t push yourself too hard. Just make sure that you have enough pleasure in the game, because if you have enough pleasure, you will probably have the commitment and internal motivation to train every day. So, make sure you have the pleasure, and just train enough to show you can be a good hockey player.”