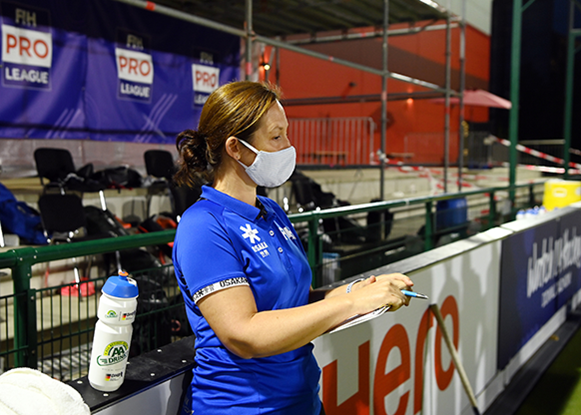 The many skills of a multi-tasking match manager

Managing the bench, over-seeing substitutions and suspensions, ensuring the accurate recording of match details, providing leadership of team of officials. These are just some of the roles fulfilled by the multi-tasking Match Manager.

The role of Match Manager is a new one. It has been created specifically for FIH Hockey Pro League matches and is a hybrid role comprising many of the traditional roles seen at other competitions, particularly Technical Officer and Technical Delegate.

Being responsible for technical aspects of a FIH Hockey Pro League event  – which is usually a series of two to six matches taking place in one venue – is a tough ask. Not only are there the challenges of managing the match itself, but the Match Manager will also be working alongside the Host NA Event Management team and various functional areas on the ground, including the broadcaster, media, the sport presentation team and others.

Organisational, administration and communication skills are just three of a number of skills needed in this multi-tasking, multi-skilled role.

FIH caught up with one of its cohort of Match Managers, an elite bunch of hockey administrators who, like the athletes themselves, operate at the top of their game.

Elisabeth Fuerst is well known in hockey circles. In her day job she is Event and Sport Director at the Asia Hockey Federation but she has also taken on administrative roles at sporting events, mainly hockey, all over the world for the past two decades. Her most recent appointment saw Fuerst working as Match Manager for the Germany versus Belgium FIH Pro League matches in Düsseldorf.

These were the first FIH international matches to take place since Covid-19 put restrictions on sports events and, as Fuerst explains, things needed to be done a little differently. 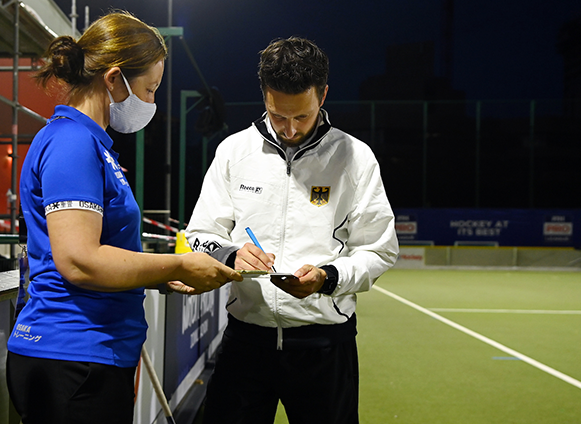 “In pre-pandemic Pro League, in the matches I did during the 2019 season, we would just have a quick meeting to talk through a few items and make sure our expectations are well-aligned in the details. Everyone in Pro League is so experienced, there simply is not a lot of need for discussion.

“The matches in Düsseldorf were obviously very different from that. There were several meetings over two days, a lot of discussion and many phone calls, because there were constantly new questions and things that hadn’t yet been fully thought through. Luckily, the four teams in Düsseldorf (the German and Belgian men and women) are all very good to work with and also know each other well, and I am grateful for the good communication and cooperation with the team managers that contributed a lot to making the matches go as well as they did.

“The biggest challenge was the uncertainty and the many open questions. There was a very strong desire by everyone involved to get things right and be able to play but it wasn’t always clear how to get things right. I mainly tried to mitigate this by communicating extensively with the team managers and other people involved in the matches and trying to create as much clarity as possible.”

The Match Manager not only liaises with the national squads but also the umpiring team as well. As Fuerst says, she tries to create an environment where they can perform at their best. Logistics, such as travel or food, need to be as accessible and hassle-free as possible.

Two other key members of the Match Manager’s team are the judges, two local technical officials. As Fuerst explains these people can have varying levels of expertise and experience, so she will offer the guidance and support she feels they need to fulfil their roles well. Many of the locally-based hockey workforce involved in a FIH Hockey Pro League event will have officiated together for many years at different tournaments, which makes working together a smooth process. She adds: “I feel that there is a strong appreciation for the fact that we are a team, just like the other teams involved, and we must work together and support each other to succeed together.”

Of course, at any event, whether it is impacted by Covid or not, there will be challenging situations that present themselves. Calling on her years of experience, Fuerst says the best way to deal with any issue is: “Work as a team, be proactive, focus on the task at hand, prioritise, stay calm and be prepared to improvise.”

And what signifies a good day at the office for Fuerst?

“A successful day for me is when the focus is on the game, when what people remember about a match are goals and saves and counter-attacks and that awesome run by that one player, rather than injuries, disciplinary issues or controversial decisions from officials, and when we, as the team of officials, have contributed our part to a good match for the teams and a good show for the fans.”