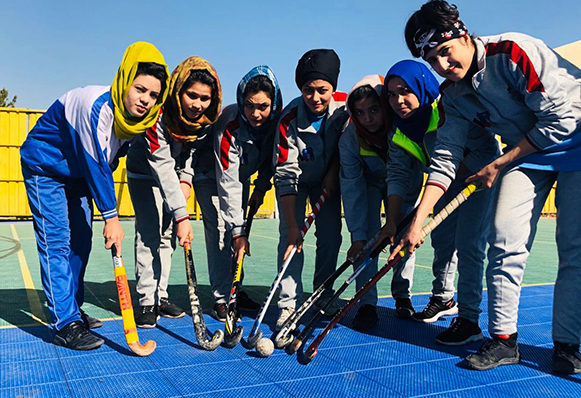 The story of the Afghan national women’s hockey team has been told before as part of the FIH’s celebration of International Women’s Day but, as we compile our series of articles about inspiring athletes, they surely have to feature again as the team, led by captain Khadija Achakzai, continue to battle for women and girls to be allowed to play sport and represent their country.

It is a confused and dangerous situation for women who wish to play sport in the country. While sport for health and fitness may be acceptable, excelling at sport is not. Many talented sports women from a range of sports have had to leave the country in order to continue with their sports careers. For any women choosing to play sport in Afghanistan there is a lack of facilities, support or acceptance in wider society. It is no exaggeration to say that women who play sport are risking their personal safety and sometimes their lives.

And yet, brave women continue to speak out and press for the right to pursue their sports. Just this month, the Afghan national women’s hockey team called for more support for their sport from the government. The national team is asking the government to help fund a pitch where the women can train and play. Since it was formed in 2012, the women’s national team has not had a pitch to call home, meaning they cannot host other teams or have regular training.

“We couldn’t pursue our regular training because there is no area to train and to demonstrate our ability on the world stage,” says Khadija. “Fortunately, we were assured recently about a hockey rink [pitch] that is currently under construction. We hope that the completion of this rink will help us to pursue our sport.”

Despite the many barriers to women and girls playing sport in Afghanistan, hockey has continued to attract participants. There are 28 members of the Afghan Women’s Hockey Federation, with branches of the federation running teams in three provinces. 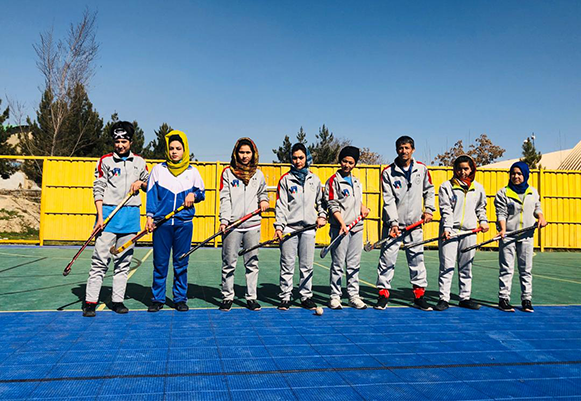 In an interview specially recorded for FIH, Khadija says: “I started hockey very young, and at first the training was very hard, but I soon got used to it and started enjoying it. I am still playing but the current situation in our country is very tough for women.

“Women cannot do sports or even go to school or university, but even within these limitations we struggle to achieve our aims. I urge all women not to give up. You can do sports and you have the right to learn.

“You must do everything in your power to achieve your dreams and don’t let anyone stop you from doing so. We get a lot of support from our Federation, which is really commendable.”

Among the programmes being run by the continental federation are Youth Development Programmes, which aims to introduce hockey to school children across Afghanistan. There is a long way to go, but Khadira and her team mates are leading the way as they continue to push for the simple right to play their sport.