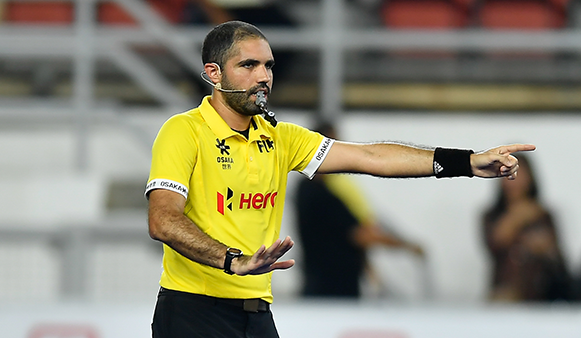 Whether you are coach, player or official, the two major, related, developments in team sports such as hockey over the past few years have been in the areas of communication and video analysis.

Through the medium of video playback, learning also improves. Players, coaches and officials can reflect upon their performances. As a coach, did they get their message across? As an umpire, they can see the impact of their own behaviour or body language in certain situations; a captain can assess how effectively they made their point to team mates.

Coach Logic is a popular video analysis platform among hockey clubs and nations. Co-founder Mark Cairns says: “When we first set out, five years ago, we were looking at ways to make players smarter. It was a case of using video as a key learning asset in achieving that. Rather than the coach just saying what the players were not good at, the video helped players understand what they were doing, why they were doing it and how they could make decisions to improve their game.”

The practice of coaches sending video clips to players, or umpire managers sending clips to umpires also suits today’s mobile lifestyle. The clips can be viewed on mobile devices while traveling or relaxing at home. Players no longer have to be in a side room at the training ground watching a video with all their team mates. Interaction via comment boxes allow for a deeper engagement with the learning process.

One aspiring hockey coach who places learning through video analysis at the heart of his coaching is Jamie Culnane. A graduate of the European Hockey Federation’s Top Coach Programme, Culnane is now a member of the England Hockey coaching staff, working with the U18 boys national squad.

When it comes to working with elite players, Culnane takes a collaborative approach. Question and answer sessions with athletes figure heavily and he seeks input from all the coaching team when charting the best way forward.

For Culnane, the coaching “sweet spot” is to meet individual need in a group setting. “As a coach I like to really challenge what is right for the individual and how that marries up with team/programme goals.”

But, he adds, being the facilitator for player development also means striking a fine balance between supporting the athlete and allowing them to development their own independence and self-sufficiency. 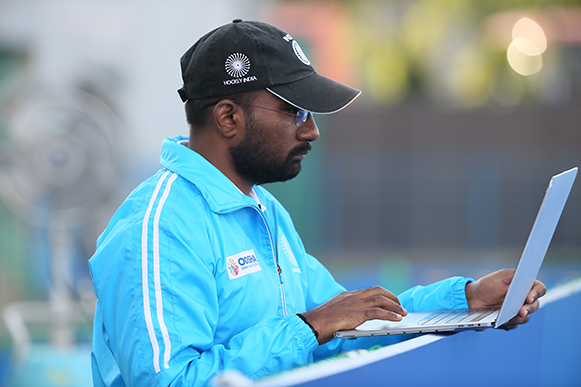 This is where video feedback plays its part. Culnane is a skilled analyst. It is an area of expertise he feels every coach should consider developing for the benefit of the teams they work with. “A few years ago I set out to teach myself to be an analyst as a tool to help me add value to programmes. It has opened doors for me.

“We use an online portal every week and it is the athletes who drive the engagement. In reality, just like being out on the pitch, the process should be open enough for the athletes to get what they need from it. Some of our guys will sit and watch the whole game, some watch their own clips and some watch key team moments. I don’t think this is a level of engagement you would get with a team meeting.”

Coach Logic also provides the video platform used by FIH umpires. Uruguay’s Frederico Garcia was one of a team of umpires working at the FIH Series Finals in Malaysia in 2019. Speaking about the training and support he receives as an international umpire, Garcia says: “One feature of umpiring preparation that is relatively new is the uptake of technology. Before a contest the umpires will study video clips that highlight certain points within a game or umpiring points that they have been instructed to concentrate upon.”

Groups of umpires communicate via WhatsApp or Facebook pages, where they swap information and debate the finer points of decision-making. Again, the ability to share clips and give opinions on the action is a vital part of the umpires’ development. “Hockey is very subjective,” says Garcia. “The way we interpret action on the pitch can vary from one umpire to another – it is very healthy to be able to debate with our peers.”

Certainly the use of video clips is an area that is developing apace. As Mark Cairns points out: “There has been a lot of work and subsequent improvement in nutrition, psychology and strength and conditioning. Sometimes the need to connect all of that to the game is forgotten. Saturday’s match is when the players and coaches make the decisions; unless there is a real understanding of the game then real improvement won’t happen. Video feedback is a vital tool in developing a deeper level of understanding of the game and your role within it.”