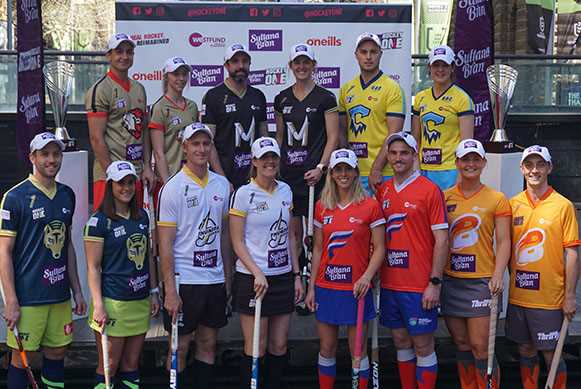 Hockey One is Australia Hockey’s new competition aiming to showcase the sport and its top players.

Seven new teams have been formed, with a men’s and women’s team competing under each team name. The competition replaces the former Australian Hockey League.

The format of Hockey One is revolutionary as it features a 49-day season, from 29 September to 16 November, with 21 double-header home and away events, plus finals. With Australia being such a huge geographical area, organisers of the event have been careful to ensure that people across the country can see live hockey, with matches being held in Perth, Melbourne, Adelaide, Canberra, Hobart, Brisbane and Sydney.

The games are also being screened live on Kayo Sports, with the finals being shown on Fox Sports.

Hockey Australia has secured a sponsor in the form of Sultana Bran, with the company name appearing on all shirts and the event being known as Sultana Bran Hockey One League.

For Anna Flanagan, FIH Young Player of the Year in 2013, who quit international hockey in 2018, the new league is a chance for her to reignite her passion for the game. The defender is one of the stars of the Canberra Chill team. In conversation with the Canberra Times, she said: “I think our Canberra line-up is awesome. I’m not ready to be a social player yet because I feel so competitive. It excites me that I can play for Canberra. This is where I really want to be at this moment: at that competitive levels with no pressure and being able to have a lot of fun.”

Brent Livermore is Head Coach to NSW Pride. He told the Champion Post: “The team we’ve selected is very strong, we’ve been working hard since early in the year to make sure we are ready for the season. I’m looking forward to everything getting underway and putting our preparation into action.”

Chief executive of Hockey Australia, Matt Favier, says: “The main ambition of the new league is to take the game to Australian fans and to raise awareness across the broader sporting audience.

“This project has been over two years in the making and we anticipate that the league will provide our high performance players, including developing and emerging players, with a high quality domestic competition to play in annually. The league will serve as the domestic showpiece for hockey in Australia and will also serve as the main selection event for players to the national squad.

“We are seeking to connect all of our younger players up with teams from their area and to grow the fan base through the league.

“While it is still early days, the response has been extremely positive.”