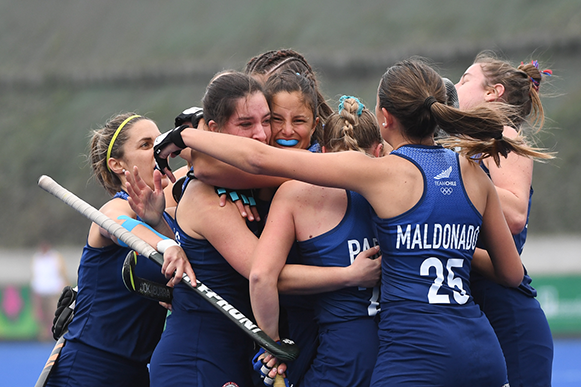 Hockey development is about more than just improving the players’ performance. It is about every aspect of the game, and that includes coach education and the education of umpires and tournament officials.

When it comes to developing the sport, every region has its own challenges. Whether it is facilities, knowledge, finances, opportunities - each continental federation seeks to develop its own strategy to overcome barriers and find solutions.

PAHF is a case in point. The continental federation provides for countries whose hockey development ranges from the advanced systems of Argentina, Canada and USA to the newly emerging hockey nations of Haiti and Guatemala. Catering for the differing requirements calls for a strategic balancing act by the continental federation.

Two people who have been deeply involved in hockey development for a number of years within PAHF are Walter Kramer and Roger St Rose. 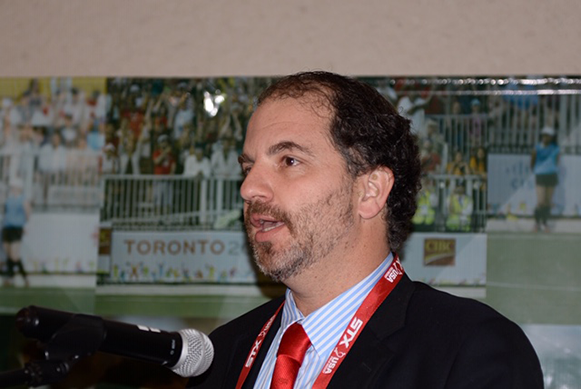 Kramer sits on the PAHF Board of Directors and is Board Leader for the PAHF Development Panel. He is also President of the Chile Hockey Federation. 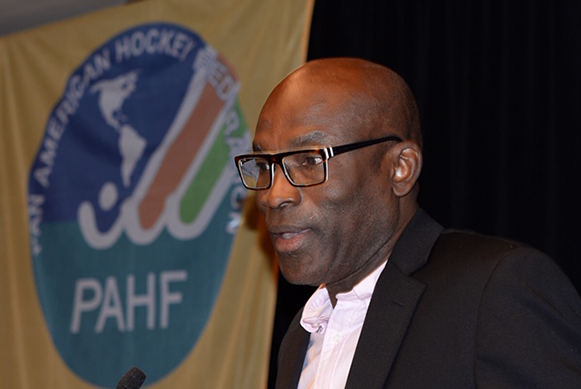 Trinidad and Tobago’s Roger St Rose is Chair of the PAHF Umpiring Committee and also sits on the PAHF Education Panel and the FIH Officials Committee. During a lifetime dedicated to hockey he has been an international player, an international hockey umpire and, in March 2019, he was named as a nominee for the prestigious 2019 World Fair Play Awards.

For Kramer, much of his work has been centred on hockey development in Chile, a nation that is very much pushing towards a top 15 world ranking, particularly within the women’s game. But, his work with the PAHF has also given Kramer an unique insight into the continental-wide situation.

“Hockey enjoys various degrees of development across PAHF. There are countries like Argentina, who have been a continuous top five country in both genders. Over time this has brought them huge dividends in terms of government support, media, sponsors and fans. Even more importantly, there are loads of boys and girls in Argentina wanting to play the sport.

“In some of our countries, the lack of suitable infrastructure, such as adequate playing surfaces, is something of a barrier when it comes to opportunities for young kids to play more. There is the lack of financial resources needed to really lure more kids into the sport and offer development at its purest nature – coaching, training, playing.

Talking about Chile’s own experiences, Kramer says the national association has worked hard to spread the game cross the country: “We've grown significantly, not only in terms of new players, but also in terms of geographic scope across the country. We focused on getting funding and sponsorship to support a school system comprising 15 schools that were mainly for low income families.

“These kids quickly discovered and loved the sport: they didn’t want to leave, ever. They have discovered the values we all know about hockey, and found a way to jointly fight for growth and fun, standing side by side with their teammates. That is a powerful feeling.

“It would be terrific if there could be some budget to bring kids who are at an early learning stage to international tournaments so they could feel and live the experience, that would be a total eye opener and inspiration for them.”

While Kramer is focused on player and coach development, Roger St Rose knows the importance of developing umpires and officials to a standard that mirrors that of the players.

“It is important to offer umpires and officials development, training and gradual exposure to games and tournaments, so that their knowledge and understanding of what it takes to operate at the top level is enhanced.”

He adds that there is a fine balance to be had between giving umpires experience and ensuring matches are umpired to the highest standard possible.

“Our [the PAHF umpires panel] first mandate is to populate the PAHF tournaments with experienced, solid umpires who can deliver a quality product,” says St Rose.

“PAHF has developed a Education Panel to work in conjunction with the FIH Academy to further assist in raising the standard of its officials within the continent. This Panel is to be the umbrella body to deal with all educational things be it practical or theoretical in development of our officials.”

Developing umpiring talent across the entire continental federation is a big ask. There are 26 national associations, operating at different levels. St Rose cites the hockey powerhouse of Argentina, with its global influence on the game, comparing it to Haiti, a country in the embryonic stage of development.

“As a result [of this range of development stages],” he says, “the levels of support for umpires in the various countries follows the degree of success that country is achieving at a competitive level.

“Also, some national associations lack a strong competitive domestic structure and there are few opportunities for umpires to follow a development pathway to become a good national umpire.”

There is also the question of funding. Most national associations funnel their limited finances towards players and player support. Umpire development may then have a fight on its hands to access any remaining funding. With barriers in place to development, many young, aspiring umpires are turned off the idea of progressing towards international level – it is simply too hard.

These are all issues that St Rose is setting out to address with the PAHF Executive Board.

Among the initiatives are measures such as: ensuring competitive appointments offer an appropriate level of challenge to umpires; channelling financial support to national associations targeted at helping promising umpires to advance; and providing umpire managers to coach and mentor up and coming umpires.

A major hurdle to the PAHF initiative is the lack of experienced mentors in some countries. This means aspiring umpires often do not, locally, have a guide and support to turn to. This is something that PAHF is addressing by turning to technology. While distance and national borders may present a challenge, there is still the potential for umpire mentors from across the entire continent to talk to and support their lower-level peers – largely through the use of technology such as WhatsApp, Facebook and video technology.

For St Rose, raising the level of umpiring and officiating is essential for the sport’s development as a whole. “It is said that the level of officiating at games can determine the level in which your sport can reach,” he says. “Therefore, bad officiating produces less skilled players. That gives us a very clear mandate – to develop officials who can deliver an international product for the good of the game within our continent.”