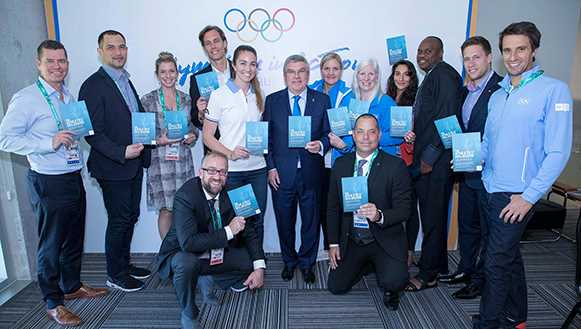 Earlier this week, the International Olympic Committee (IOC) adopted the Athletes’ Rights and Responsibilities Declaration (Athletes’ Declaration) at the Session held in Buenos Aires, Argentina. This important document was formed following an extensive process that gathered the views and opinions of more than 4,200 elite athletes from 190 countries. FIH Athletes Committee Co-Chair Marsha Cox is a member of the Steering Committee which led the initiative.

Setting out the fundamental principles that are flexible enough to adapt to athletes’ needs across sports and countries, the Athletes’ Declaration includes 12 rights and 10 responsibilities, exploring topics such as anti-doping, integrity, clean sport, career, communications, governance, discrimination, due process, and harassment and abuse.

Inspired by the Universal Declaration of Human Rights and other internationally recognised human rights standards, it outlines a common set of aspirational rights and responsibilities for athletes in the Olympic Movement. See the Athletes' Declaration here. The structure is in place for it to be modified as and when required. An ongoing and ever-evolving process, the Athletes’ Declaration is a living document which will have updates and revised editions to ensure continuous relevance.

The project has been overseen by a Steering Committee, which also includes Marsha Cox (RSA), FIH Athletes Committee Co-Chair. Overall the group is composed of 20 athlete representatives from across the Olympic Movement: ten from the International Federations, five from the Association of National Olympic Committees, one from the International Paralympic Committee, one from the World Olympians Association and three from the IOC Athletes’ Commission. In addition to being an athlete representative for their respective sporting organisations, the Steering Committee members collectively have participated in 44 Olympic or Paralympic Games, winning 37 medals, as well as at least 85 World Championships, at which they have won 61 medals. 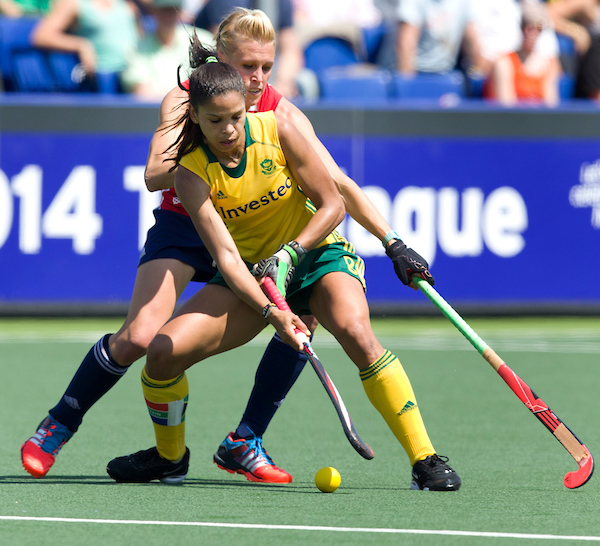 Marsha also has a proud record of sporting achievements. She retired from international hockey in 2015, ending a successful career which spanned 14 years. During that time she earned more than 330 caps, many of which as captain of her country. Her career encompassed three Olympic Games, three Hockey World Cups and four Commonwealth Games. Shortly before she retired, Marsha made the transition into sports administration as she was elected by her peers as a representative on the FIH’s Athletes’ Committee. In 2016 she was nominated as a Committee Co-Chair, a role which sees her sit on FIH Officials Committee, the FIH Pro League Management Panel whilst she also attends FIH Executive Boards meetings to ensure that the athletes’ voice is heard during key decision making.

The Athletes’ Declaration was then discussed with more than 100 athlete representatives at the IOC International Athletes’ Forum in November 2017 in Lausanne, Switzerland, which Marsha attended as well. In the following process, the Steering Committee helped to conduct two surveys and a broad stakeholder consultation.

Please click here to read the Athletes’ Declaration and obtain more information about the project.