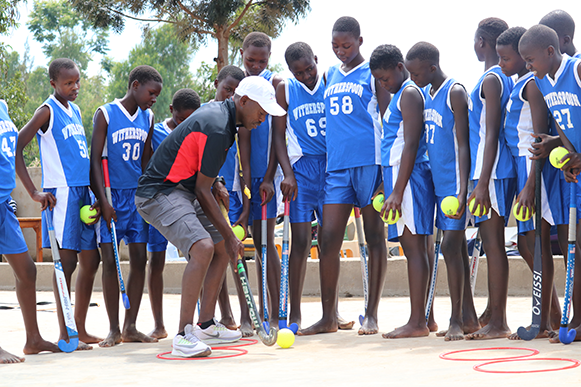 Tunza Sports Academy is a Kenyan-based sports programme that harnesses the power of hockey to give girls in rural communities the chance of an education and a way out of poverty.

Meaning ‘to nurture’, Tunza is the brainchild of Rael Nyte, an inspiring individual who herself was a child in a rural Kenyan village and so knows firsthand the challenges faced by young girls and women.

“I wiggled out of the cycle of poverty and it was very hard,” says Rael. “You inherit poverty from your parents and your grandparents. Through sport, we are showing girls that they can be more than what they are now. We focus on education because that is where the biggest inequality exists.”

Rael is the founder and President of Tunza, although she has lived in the USA for many years. Hockey proved to be her passport out of poverty as she used her playing ability and coaching qualifications to fund her way through college. Rael studied politics and diplomacy before getting a job with the United Nations. She says, when she arrived in the States she had very little, but the hockey community welcomed her with open arms. She plays hockey for the Big Apple Club in New York and is developing her skills and experience as a technical official for PAHF. Tunza, she says, is her way of giving back to the sport that broke her own ‘cycle of poverty’.

Denis Owoka is the director of coaching for the Tunza project. A member of the Kenyan Military Defence Forces, there is a humorous glint in his eye when he talks about the discipline he instils in the children at the Academy. Denis has a strong hockey playing and coaching pedigree. He played and coached one of the top teams in Kenya as well as representing the armed forces. In 2019, he won the Kenyan Coach of the Year award.

Denis turned his back on the medals and national competition when he joined Tunza. He now runs a team of five coaches – all young hockey players themselves – who are gradually learning and developing coaching skills under his tutelage and guidance. 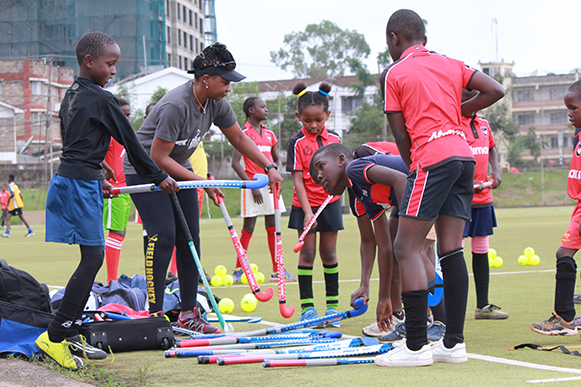 The problem that Tunza addresses is the cycle of poverty that exists in Kenya’s rural communities, particularly among girls. Without support, very few girls go to high school and college as their families just cannot afford it. The usual pathway, which continues from one generation to the next, is for girls to get a basic primary school education and then work and marry.

With unwavering frankness Rael explains the situation faced by girls in the villages: “In the communities where we work there are problems with Aids, malaria, malnutrition, female genital mutilation, a lack of sanitary products. From my own personal experience, I can say that domestic and sexual abuse is rife. We want to raise awareness of the problems faced by communities. We try to show the kids there is something better and we are doing that through the medium of hockey.”

Rael and Tunza’s avowed long-term mission is to end impoverishment by nurturing successful community role models who will give back to their community to promote economic growth. By empowering females, so the community becomes empowered. Rael is the living embodiment of that vision.

The short-term mission, which is already being witnessed among the first cohort of participants, is to help the students develop self-confidence, get fit and healthy and become motivated to study and reach their aspirations. And, as Denis with his military training adds, to learn life skills such as time-keeping, planning and self-discipline.

For the participants, Tunza offers stability as well as opportunity. The students, who are all aged six to 11 years old, are expected to do all their household chores and any school work alongside their hockey training. 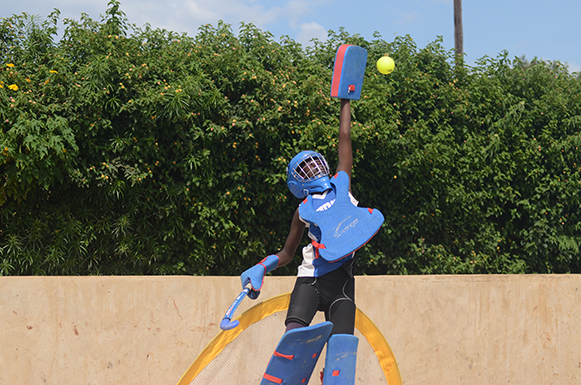 Tunza came into being in 2017 and it was Denis and Rael’s task to persuade the local parents that their children should take up a sport that very few people had even heard about. “We literally showed them a stick and a ball and said the aim was like football, you had to get the ball into the goal,” says Rael. “It was only later, when they had started playing that we showed them a match being played. We started with the basics and built on that.”

And Denis added: “The parents were unsure at first. The sticks look like walking sticks and the ball is hard – it was a real task to convince them.”

The factors that swayed the parents was the real life stories that Rael, Denis and other members of the Tunza team could tell. Guest coaches who are employed as hockey coaches, Denis and Rael’s own experiences. As Rael says: “Hockey got me a ticket to the USA.”

For the future, the main challenge is sustainability. Already there are more children than the small coaching team can really cope with. Equipment is given with staggering generosity by Rael’s contacts in the USA, but shipping is mightily expensive. For the project to really develop and for the game to continue to grow then an artificial pitch is needed, with a hostel so that travelling teams or players who live away from the centre can stay. But that all costs money.

As an aside, but as a clear indicator as to the importance of this programme, Denis recounts a story about two sisters who joined the programme in its first year. “They were both autistic and the other children didn’t know how to interact with them. They were perceived as being ignorant and different. We started giving them leadership roles and encouraging them to try new skills and activities. Gradually, the barriers between the sisters and the other children were broken down. That wouldn’t have happened in the community they lived in.”

Rael, Denis and the team have a clear vision but a financial boost is needed to make it a reality. But as Rael points out, the importance of projects such as Tunza is far wider than purely hockey. “Even if the children no longer want to play hockey at a later stage, the game will have set them on a path to success, given them a shot at life as they will still have the skills necessary to survive.”