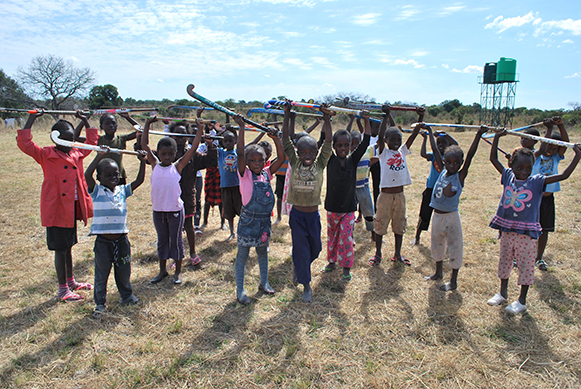 Hockey Dreams Foundation (HDF) has now been running for eight years. It began life as the Kadish Foundation, and was the brainchild of Dutchman Gijs Hardeman. When the initial Kadish Foundation project came to an end, Hardeman decided the work being done was too important to stop, and so HDF was founded.

The overarching objective of HDF is to create a better future for its students by enabling them to finish their education and seek opportunities and life chances that would otherwise not be available to them.

The vehicle for self-improvement is sport and it does this by educating young people as coaches: able to lead others but also to develop their own skills and abilities. Although it is a great example of sport for development, the coaches develop a wide range of personal and professional skills and qualities that transcends sport and enables them to follow a range of careers and professions that would have otherwise not been an option. Time-management, study skills, communication, networking, planning – these are all among the skills that the students learn through hockey but apply to life.

The HDF provides its students with the support, training and knowledge to become effective coaches but also supports and guides them through the secondary and tertiary education system. 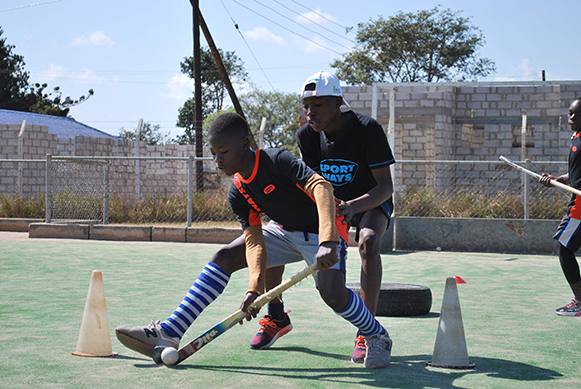 With an ambitious plan to develop sustainable hockey coaching programmes in 10 countries, HDF is currently operating in three African countries: Zambia, where it all began; Malawi and Uganda.

HDF works on two levels. It helps its student/coaches access education, finish their studies and improve their life chances as a result. At the end of their time at the Academy they have a portfolio of education achievements, as well as personal and hockey-related courses.

The coaches develop leadership skills and specific hockey skills and knowledge. As part of the coach education, the participants have the opportunity to take FIH Academy courses in coaching and umpiring. There is also an opportunity, at advanced level, to go to the Netherlands to work alongside coaches in some of the top European clubs.

On a second level, HDF is also providing sporting opportunities for hundreds of youngsters through the coaching camps it runs. For the children attending the weekly community- or school-based coaching sessions, they are introduced to an environment where they can learn new skills, enjoy organised physical activity sessions, develop communication skills and make new friends. It also opens their eyes to the opportunities that sport offers, as the student coaches are ideal role models.

These figures tell the story of HDF’s success so far:

- There are currently 25 coaches working in the Academy.
- 2,157 children participate in weekly coaching clinics
- 1485 kids participating in eight mixed camps with a 50/50 gender split and a further 417 girls participating in three       girls camps.
- 22 local schools are involved in the programme 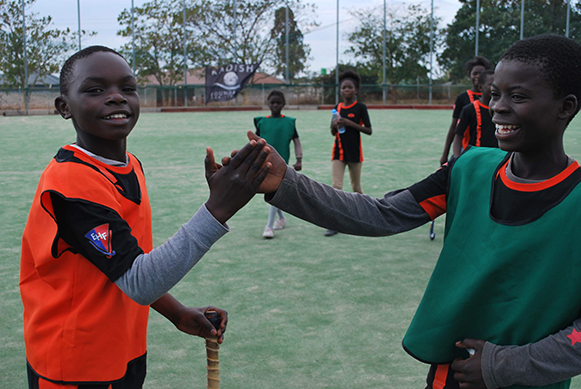 Through HDF, the coaches take both umpiring and coaching qualifications, with many completing the FIH Umpiring Level 1 qualification as well as FIH Coach qualifications at Level 1 and 2.

Of the 25 coaches, five currently hold FIH Academy qualifications. A further three students have now graduated. Two of these graduates – Sam and Shadrick – work for private schools. Sam is also coach to the Zambia National Youth team: a highlight of his career so far was when he took Zambia to the Youth Olympic Games in 2018.

Just how difficult it is for some of the coaches to balance work, coaching and gaining an education is summed up by one of the Academy coaches, 24-year-old goalkeeper and hockey coach Richard Lungu from Zambia.

“Going to the school itself is quite the challenge for me because the town area – where my school is located – is about four to five kilometres from where I stay. The way I am going to my school really depends on whether I have money for the buses. If I do not have the money I have to walk which lasts me about two hours. This seems like a hassle and time-consuming but luckily managing to do both school and coaching is not a problem for me. I changed my coaching-schedules to twice a week from nine o’clock a.m. to two o’clock p.m for me to follow the school’s timetable with ease.” 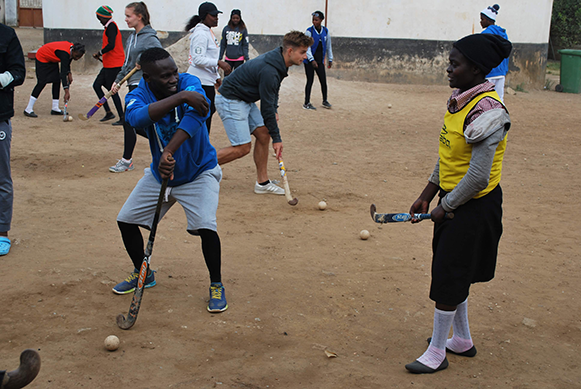 Earlier this year, Zambia national women’s team captain Martha Kalomo became the first of the Zambia hockey coaches to graduate from university. She gained a diploma in Hospitality Management and still manages to combine captaining her national team and hockey coaching alongside her career.

For Martha, training and working as a HDF coach provided her with an allowance so that she could continue her studies. Perhaps more importantly, it also provided Martha with the confidence and self-esteem that saw her dare to chase her own dreams.

“Everything I have achieved is through the help of the HDF,” says Martha. “I do not know where my life would have been if I had not joined the program as my Mum did not have any money to send me to college. I have met a lot of different people throughout the program whom have encouraged me to continue working hard. To be honest, I did not know that I could have get this far when the program was only just starting, but to my surprise I got more out of it than I could have ever think of.”