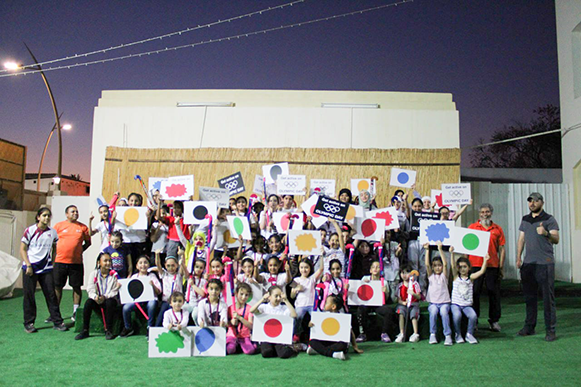 Hockey community invited to get creative for Olympic Day

It’s been more than 120 years since Baron Pierre de Coubertin formed the International Olympic Committee in 1894 and, over the next 12 decades, the world has seen its fair share of challenges.

The Covid-19 global pandemic that brought most of the world to a stuttering halt and pushed the Olympic Games Tokyo 2020 back by 12 months has taken its place as one of the momentous challenges to be overcome in recent times.

True to type, the hockey community has risen to the challenge, using innovation, creativity, wisdom, imagination and humane instincts to inspire, help and support the wider hockey family. From the doctors, nurses and frontline workers fighting Covid-19 to the coaches running webinars to the athletes posing skills challenges. The world of hockey has kept moving on.

And so it is with Olympic Day. Celebrated on 23 June every year, this event celebrates the Olympic movement and its values. Usually, for the hockey community, this would involve lots of hockey-focused activities, tournaments and matches as well as exhibitions, educational experiences and musical events. This year many of the celebrations will, by necessity, be different. But it is still a hugely important day that deserves to be celebrated across the world.

Hockey fans, players, clubs and National Associations can all get involved in Olympic Day celebrations by supporting the IOC campaign and taking part in activities centred around one or more of the following themes: #StayStrong, #StayHealthy and #StayActive.

These three themes reflect mental and emotional wellbeing, for example, reducing stress and developing resilience; maintaining good levels of health through Covid-19 by following healthy lifestyles, such as good nutrition; and maintaining physical fitness, for example, through home exercise and training.

Examples of how these themes can be highlighted include athletes, coaches and officials posting videos of themselves cooking at home, exercising or doing hockey skill challenges.

For the national associations who have already returned to some form of hockey activity, then it might be possible to create videos showing the hockey community back on the pitch. There might even be an opportunity to run a hockey festival, following official health guidelines.

Just one example of the possibilities is a challenge set by the Oceania Hockey Federation. The OHF is asking individuals, groups and organisations, such as schools and clubs, to combine film-making creativity with hockey. A range of prizes is up for grabs for the best short videos sent in reflecting the IOC’s campaign themes. The winners will receive equipment including sticks, bibs, shin-guards and balls.

Although this year’s Olympic Day is held under very different circumstances, FIH will also be awarding prizes for the most creative and celebratory activities from around the world.

There are three categories of awards, reflecting the three themes: #StayStrong, #StayHealthy and #StayActive. Each prize is worth 1,000CHF of FIH Online Development Programmes, which reflects the IOC philosophy of Move, Learn and Discover. It also aligns with the FIH global development programme, Hockey4Life, which seeks to ensure sustainable development at all levels.

Any individual or group planning to celebrate Olympic Day can enter their activity for a chance to win one of these prizes. Activities should be held between 19-24 June and any individual, group or club that is planning an activity should contact their National Association ahead of the event, so they can share ideas with the wider hockey community.