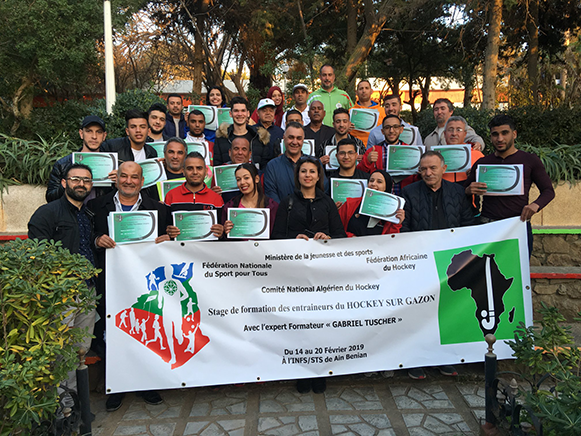 Gabriel Tuscher has been delivering sticks and other hockey equipment to West African countries since 2015, transporting the kit which he collects from donating European countries in an old minibus.

When the pandemic struck, it would have been simple for Tuscher to call a halt to all operations for a while. But the Belgian humanitarian and hockey educator/coach had other ideas, as he explains in this interview.

Can you explain the concept behind the digitalised Route du Stick?
Gabriel Tuscher: Given the health and geopolitical situations it has unfortunately been impossible for several months to go by road. We therefore chose to deviate a little from our initial idea and choose another path, that of the internet. Sending material by freight was much too expensive, so we decided to start the programme without the distribution of material. Hockey training and education will be delivered, online, as the FIH Academy has been doing since the beginning of the pandemic. The basic idea of the project is to bring hockey to the four corners of West Africa, which is what we are doing with the new (digital) route of "La route du Stick".

How does it work?
Gabriel Tuscher: As the target audience is French-speaking, I will initially be in charge of delivering the courses. Coaches, umpires and other leaders will be able to register and follow the courses according to the themes covered. Depending on the interest, we will see if I need to be supported or not.

What is the desired outcome of the project?
Gabriel Tuscher: The idea is to enable local coaches to continue to follow the FIH Academy curriculum, but also to share their various experiences in the field and in management. We will also try to respond to their requests concerning certain specific areas, which they consider to be priorities and for which we could organise certain courses. 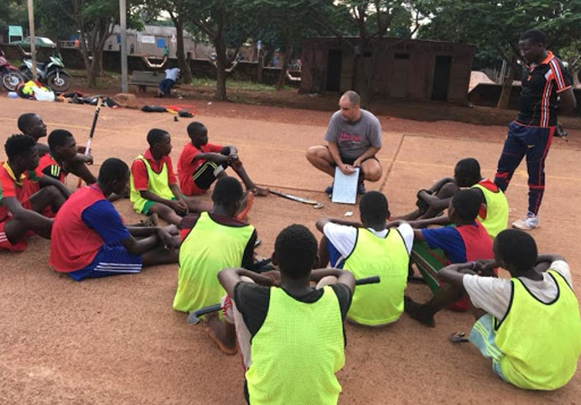 In the future, do you plan to combine the original Route du Stick with the digital version?
Gabriel Tuscher: The road trip will always remain in the corner of my mind. Going as close as possible to the people, being able to stop in several cities, therefore reaching more clubs, more coaches, more umpires, is a concept I love. One day I will make this journey at the wheel of a van full of equipment. Moreover, I am a lover of human relations, of live exchanges, with no screens in between. Pedagogically too, I think it's different, that face-to-face lessons are super important, the impact is not the same.

But everything depends on the audience too. For a new coach, who has probably never played hockey before, an online course does not allow him to discover and understand the subtleties of the game. On the other hand, for more experienced coaches, the continuation of online courses is a solution with many advantages. It allows coaches from several countries and regions to be grouped together, thus reducing costs. No more need for transport, accommodation or meeting rooms at their own expense or that of their federation.

What is the level of support and interest in the newly imagined Hockey Route?
Gabriel Tuscher: There is a great deal of interest from coaches and leaders on site. As we are in the early stages of the new project we have not made contact with potential colleagues. But it is certain that a lot of people could be interested and join me in this adventure. It would also be interesting to be able to be accompanied by local educators, to accompany them in their first step as a hockey coach trainer. And the day I can finally travel by road I will also be accompanied, by a European colleague who can do the whole trip on board, and in each country by one or more trainers.

For the future, I have thought of a project called: one stick - one Euro.

For the past four years and my participation in various hockey development projects in West Africa, I have been constantly receiving messages asking me if I still need equipment. Whether it is to equip new players or to replace the one distributed in recent years and which is reaching the end of its second life, this equipment is indispensable. Even if the pandemic wasn't the problem, it's still necessary.

You can also find this interview in French here.