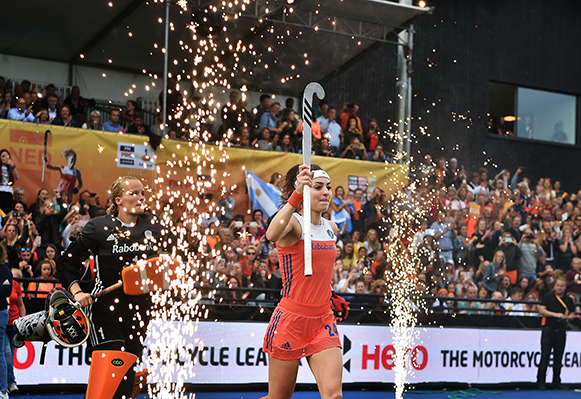 Lausanne, Switzerland: Following 12 months of painstaking research, analysis and testing, the International Hockey Federation (FIH) is delighted to reveal details of the new FIH World Ranking system that will be employed from 1 January 2020.

The fresh approach – which has been approved by the FIH Executive Board – sees a switch from the existing tournament-based World Rankings to a more dynamic, match-based system, one which is designed to increase opportunities for all National Associations to gain rankings points and also provide a better reflection of current performance.

The outgoing FIH World Ranking system has served the sport since 2003, being originally devised to allocate teams into pools at tournaments. The old model operated well on various levels, ranking the top teams who participated in FIH and Continental events with a good level of accuracy whilst also allowing those nations to earn ranking points two to three times per year.

However, the numerous restrictions of the tournament-based system – including the limited opportunities for lower-ranked teams to earn points, the degree of subjectivity required to determine the relative strengths of the five continents in order to calculate continental ranking points, and the fact that over 60 percent of international hockey matches had no ranking points on offer – have provided an ever-strengthening case for a change of approach.

The new match-based World Ranking system involves an exchange of points between the two teams competing in each FIH-sanctioned match played. In short, the number of points exchanged depends on a trio of factors: the result of the match, the relative ranking of the teams and the importance of the match. As well as the aforementioned increased opportunities to earn points, the new model removes much of the subjectivity surrounding continental weighting by creating a system which is fair to all, whilst also encouraging the playing of international matches.

The decision to introduce a new World Ranking system comes at the end of a year-long trial period. Using every official international match played since the end of the Rio 2016 Olympic Games, a working model of the new system was created, allowing for constant monitoring, assessment and adjustment throughout 2019. The results of the test phase indicated that the new system was more dynamic and immediately reflective of current form than the existing World Ranking system and was subsequently approved by the FIH Executive Board.

The introduction of the new system for calculating the FIH World Rankings will not affect the current placements – each nation will start 2020 in the same ranking position and with the same number of ranking points that they finished with in 2019.

Speaking about the decision, FIH Sport and Development Director Jon Wyatt said: “As a sport, we are continually looking to innovate and provide opportunities for our member Nations. This new match-based ranking system will reflect current performance of all nations far more accurately than the previous system, and provide the chance for nations to demonstrate to their players, fans, media and funding bodies where they stand within the world of hockey and how they can move up the ranking.

“As with any new system launch and the introduction of change, it will take some time for everyone to adjust, and we will continually monitor the rankings to ensure it is accurate and fair to all. We’re excited about the new element that it will bring to every international match, with teams and fans being able to see the effects of the result immediately on the rankings of the teams involved.”

More details about the new FIH World Ranking system, including the formula used in the algorithm, weightings of matches and a Frequently Asked Questions document, can be found at the below link, which will also be where the new system will be published from 1 January 2020.