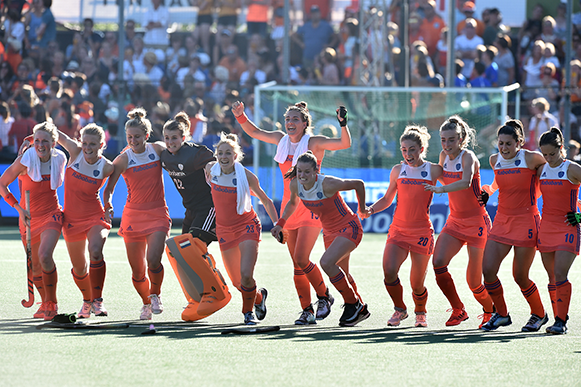 Lausanne, Switzerland: Following the conclusion of the Oceania Cup, the last of five men’s and five women’s Continental Championship competitions to take place over the 2017-2019 period, the International Hockey Federation (FIH) has released the updated FIH World Rankings. This update comes ahead of the rankings-based draw for the FIH Hockey Olympic qualifiers, which will be broadcast live on the FIH Facebook page on Monday 9 September 2019 at 1pm CEST.

There is no change at the top of the men’s FIH World Rankings, with Australia’s Oceania Cup triumph being enough for the top ranked Kookaburras to stay ahead of second-placed Belgium, recent winners of the Belfius EuroHockey Championship event on home soil in Antwerp, although the ranking points gap between the two nations has narrowed to just two points. European bronze medallists the Netherlands remain third in the rankings, with fourth-placed Argentina, the Pan American Games gold medallists, and fifth-placed India also being non-movers. Germany have climbed one place to take sixth position from England, who are now seventh, with European silver medallists Spain moving from ninth to eighth place, forcing New Zealand down one ranking position.

Ireland have fallen from 11th to 13th in the men’s FIH World Rankings, with both Malaysia (WR:11) and France (WR:12) moving ahead of the Green Machine. Korea have been overtaken by Japan who move up to 15th, while both Wales (WR:18, up from 25) and Scotland (WR:19, up from 21) are now ranked higher than at any other time in their respective histories. Russia and Italy are also climbers, the Russians progressing from 23rd to 22nd while the Italians have risen from 26th to 23rd.

Elsewhere, Gibraltar and Peru have made significant progress up the men’s FIH World Rankings, with Gibraltar rising an impressive 14 places from 60th to 46th, while Peru are now ranked 43rd, rising 12 places from 55th.

The Netherlands remain at the summit of the women’s FIH World Rankings, with their recent title success at the Belfius EuroHockey Championship in Antwerp making it impossible for nearest rivals Australia to narrow the 500+ ranking point gap. A second-place finish behind New Zealand in the Oceania Cup means that Australia have actually lost ground on the Oranje, although a ranking points reduction from 2070 to 2020 was not significant enough for the Hockeyroos to lose second place in the rankings table. Pan American Games champions Argentina have held onto third position, although European silver medallists Germany are now officially the fourth best team in the world after moving ahead of England, who are now ranked fifth.

Zimbabwe’s superb bronze medal at last month’s African Hockey Road to Tokyo 2020 competition in Stellenbosch, South Africa has resulted in one of the biggest jumps in this rankings update, progressing twenty places up the table from 66th to 46th position. Chinese Taipei (WR:42, up from 54), Papua New Guinea (WR:53, up from 62) and Cuba (WR:56, up from 63) are also climbers, while Slovakia and Hungary are newly ranked at 50 and 54 respectively.

The updated FIH World Rankings can be downloaded in PDF format using the links below.