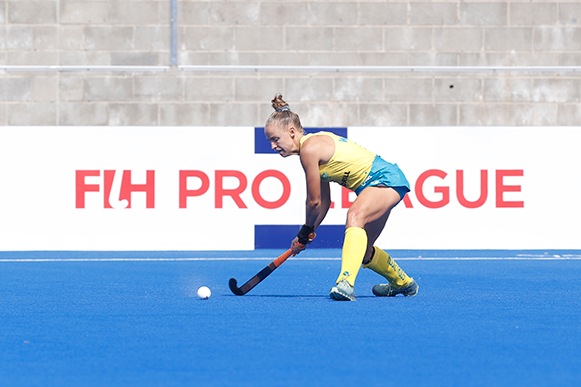 In a continuation of our series of stories about members of the hockey community who have overcome challenges on their way to success, this week we talk to Australia’s Georgia Wilson.

At 21, after a four-year struggle, Georgia, who has 38 caps for the Hockeyroos, was diagnosed with a binge eating disorder. This manifested itself in starving her body of food, training while in a constant state of fatigue, continuously checking her weight on the scales, then attempting to satisfy the relentless sugar craving by dipping into tubs of ice-cream, scooping spoonfuls of peanut butter into her mouth and gorging on chocolate cake and biscuits.

In her e-Book on Nutrition, Georgia explains that her relationship with food became intrinsically linked with her perception of herself as an athlete: “I believed if I weighed less, I’d become a better player. That the only way to improve was to meticulously track and count every calorie that entered my body.”

As Georgia became obsessed with controlling her diet, the more she craved all the “naughty, off-limits” food. She describes her ritualistic routine that saw her eat dinner then turn to the sugar-laden treats, often stashing them under her bed to be retrieved later, out of sight. The following day, guilt about the previous night’s binge would lead to further calorie restrictions.

Eventually, after four years of this destructive relationship with food, Georgia sought help. She began working with eating disorder psychologist, Emma Dove, who helped the young athlete understand that the binge eating disorder was not her fault, but rather came from deep-rooted feelings of insecurity, self-doubt and self-hatred. This, combined with Georgia’s high levels of perfectionism and perception of what she should look like as an elite hockey player, had provided the perfect recipe for an eating disorder.

“I had to learn through a long and difficult recovery process to accept my body for the many amazing feats it allowed me to accomplish, rather than merely identifying myself for how I appear,” says Georgia. “With regular therapy, I slowly began to overcome my fears and abolish my mind’s absurd food beliefs... the day I ate a bowl of spaghetti for the first time in two years was one of the greatest achievements of my recovery.”

The impact of the binge eating disorder on Georgia’s life has been immense: “Believing that my self-worth was determined by how I lean looked and how little I could eat makes my heart break. When you are in the grips of an eating disorder, it controls the entirety of your life and impacts your relationship with those who mean the most to you.

“Breakfasts and birthdays with friends have been missed because I couldn’t find the calorie count of foods offered on menus, conversations forgotten because I was never mentally present, holidays ruined because I was unable to eat food that I hadn’t prepared myself and countless nights of lost sleep due to invasion of hunger pains are just some of the devastating events that have taken place. 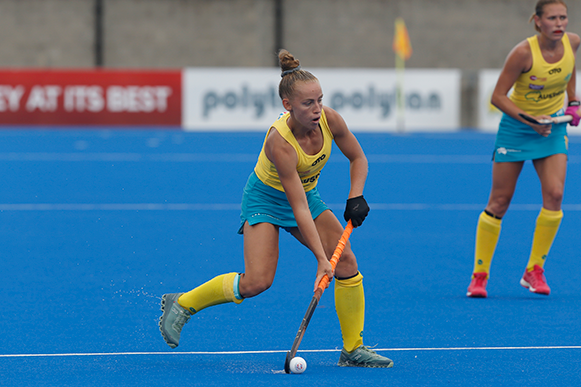 “The amount of stress and hurt I put my body through physically also saddens me. Every dessert was counteracted with exercise and every Christmas morning was filled with shuttles to compensate for the food that should meant have been enjoyed at those times. I also question whether my hamstring tear and ACL injury would have occurred if I had provided my body with the nourishment and fuel it deserved.”

A further point of heartache for Georgia has been watching her sister fight her own demons in the shape of anorexia. She says her younger sibling had always looked to her as a role model, so watching her battle with destructive food behaviour has been a painful experience.

“Being in the depths of a mental illness meant I was unknowingly unaware of the young and vulnerable girl who was watching my every action and having her believe that what I was doing was okay.”

Even now, Georgia knows that the eating disorder will never fully go away. However, she has learnt what can trigger an episodes and how to manage it.

“Stressful and uncertain periods can induce eating disorder behaviours, which is why I am very mindful of my mood and emotions. I have a number of ‘standards’ that I am upheld to by my boyfriend and family. They are often the first to intervene if I am not upholding them.

“These standards include not weighing or measuring food, not missing breakfast or skipping meals, sitting down to eat from a plate or bowl, not calorie counting or reading nutrition panels, not repeatedly looking at my body in the mirror and not weighing myself.”

Georgia says she also has an open and trusting relationship with Hockey Australia dietician Tereen Stevens and she can turn to a number of teammates for support if she feels an episode coming on.

For anyone finding themselves in a similar situation, Georgia has this advice: “You’ll know in your heart if you are struggling and the first step towards recovery is becoming aware of the struggle. If you believe you are affected, it is vital that you seek help from an external professional trained in eating disorder recovery.

“One of the reasons I didn’t reach out was that, although my periods had stopped, I hadn’t lost weight and I was still performing well. I believed I wasn’t ‘sick enough’ to get help.”

While Georgia has her ambitions firmly fixed on the Olympic Games in Tokyo in 2021, she is also throwing her energies into her newly-launched hockey camp Activ8. She has recently returned from a trip to a rural, indigenous community in Western Australia, where she was running a hockey camp for the local children.

With the publication of her E-Book on nutrition, her willingness to talk about her illness and her determination to encourage young people from all backgrounds to take up hockey, Georgia has successfully emerged from her own darkness to provide a light for others.