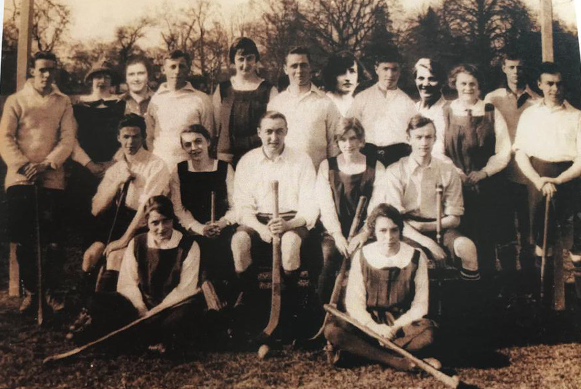 Equally amazing has its roots in history

While the hockey community strives to ensure that our sport is equally accessible to all, evidence suggests that hockey has been a sport that values equality throughout its history.

Back in 1846, UK magazine Punch published a cartoon that suggested that mixed hockey – a form of the sport where men and women play on the same team – was popular among a religious sect called Agapenome who were living in a community in Somerset, England.

From the 1880s, mixed hockey became popular among the wealthier households in the UK, with matches being arranged as part of a weekend of socialising at country estates. At the time, mixed hockey was discouraged by the hockey association.

At the start of the 20th century, mixed hockey’s popularity spread to the working classes communities up and down the UK. League and cup mixed hockey events were held across the country, with matches taking place on Wednesday afternoons, where there was traditionally a break from work, and Saturdays.

Now mixed hockey is played across the world, with leagues, competitions and even an international tournament devoted to mixed hockey. While events have been necessarily halted during the pandemic, mixed hockey teams at all levels are eager for a return to action, with plenty of events planned for the future.

Generally, a mixed team will comprise five outfield male players, five outfield female players and a goalkeeper of either gender. The only real difference to non-mixed hockey is that, on penalty corner strike, the first shot must be taken by a female.

As we strive to ensure that our sport is equal in opportunity and access, it is worth recognising the work of early hockey pioneers who recognised hockey as a sport where both men and women could play hard, have fun and compete at the highest level.