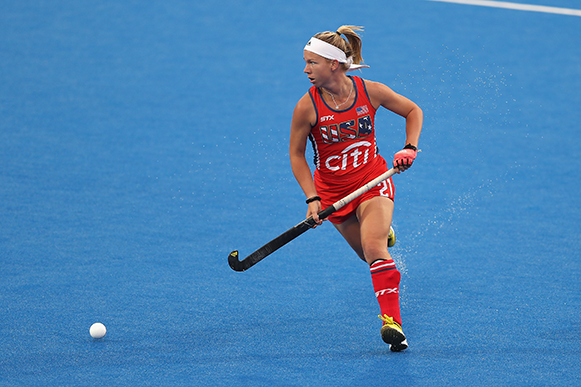 Coronavirus: Effects on an Athlete

From the end of 2019 until now, we as the U.S. Women’s National Team have gone through our fair share of challenges. As we spent four straight weeks in Chula Vista, Calif. training, developing and honing-in on our game, we face yet another challenge as the coronavirus (COVID-19) has traveled through the world at an alarming rate.

We noticed concerns toward the coronavirus had grown as we headed home from our last trip in New Zealand in mid-February. We were asked multiple times on both legs of the trip where we had spent the past fourteen days to ensure we weren’t near an infected area. As we re-packed our bags to head out to California, it had spread more and more and made its way to the United States. We never felt alarmed or in real danger though, we are in the best shape of our lives with a clean bill of health and understand that as athletes in our twenties, we’d be able to fight off the coronavirus if any of us came in contact with it. Where we have been concerned is who we might affect if we were to get sick.

Many of us on the team have incredible support systems that include family members who could be more at-risk of complications such as grandparents, aunts, uncles and even our young USA Field Hockey fans comprised of our team-member’s nieces, nephews and younger cousins.

However, with our second FIH Hockey Pro League season in full swing, coronavirus has kept us on our toes for the last three weeks uncertain if our upcoming April games against China would be played and if we would be able to finish out our away trips with Belgium and Great Britain awaiting us in early May. Last week, the FIH officially released that all matches up until April 15 will be put on hold. Meaning, that there is still a possibility that we will play those games just at a later date. As athletes, we have to be prepared for uncontrollable changes and simply focus on the controllable factors that we can influence. As a team, we have spent the last few weeks pinpointing our weaknesses and training with our intentions set on improving them and carrying those improvements into game play. We have been tirelessly working on the pitch, as well as in the weight room, as if there would be no change in our schedule and we had to be prepared for those China games during the second week of April.

While we were at the Chula Vista Elite Athlete Training Center, we started to recognize the quick changes that came about in the sports world around us. The NBA, NHL and MLS all either canceled or suspended their seasons, while the NCAA completely put a stop to the ongoing winter and spring sports seasons. Winter sports were just about to wrap up in arguably the most exciting time of the year with conference tournaments, and there were NCAA championships to be won. The spring sport athletes drew the shortest straw in this situation as they were granted less than two months of competition before their seasons were ended.

Like I said, as an athlete there are always uncontrollable changes we have thrown at us that we are expected to handle in full stride. It isn’t always easy to focus on the controllable’s especially in a situation like this. So many athletes have just been told that their season they have worked so hard for all school-year is now over. The senior on the team who knows they won’t go pro, their career just ended. The athlete that just finished rehabbing a long and grueling injury will have to wait yet another year to pull on their jersey and play again. The coach who planned to give it one more run at winning a trophy before retirement, just retired. Our hearts go out to all of those athletes who have been affected as well as all of the individuals who work behind-the scenes in athletic departments from the concessions workers to the Zamboni driver whose paycheck is now on hold.

As a member of the U.S. Women’s National Team, we are given the opportunity to play for longer than a designated time-frame. We can play more than four years if our minds and bodies want it to happen. Of course we want to play our schedule the way we intended to but the reality is, we have to take care of ourselves and those around us first. We headed home from our California trip one week early armed with disinfectant wipes, hand sanitizers and pretty much whatever it took to get back to the east coast healthy and ready to give our bodies the rest they need before we return to the pitch and go back to work.