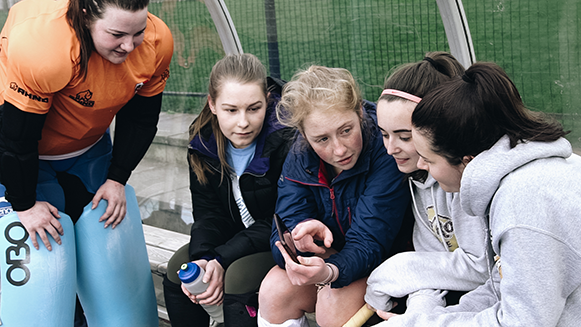 Changing the way we learn to coach

It is a recognised fact that hockey, while having an equal gender balance among participants, is not  yet equal when it comes to the number of female coaches working within the game.

With just one female coach (the Netherlands women’s Head Coach Alyson Annan) working in the top echelons of the game, and a smattering of female head coaches working with national teams in the second tier of world ranked teams, there is an obvious gender gap.

While there are many theories to explain this, one of the most enduring surrounds that of scheduling and time commitments. Traditionally, to become a qualified coach involves many weekends and evenings spent on coaching courses or being assessed by coach mentors and educators. Taking that time away from home, particularly when a young family is involved, is difficult, if not impossible for many women.

Equally, if an aspiring coach is still playing the game, then giving additional time to following a coaching pathway is difficult – for men and women.

Which is why more coaching providers are turning to technology to offer a different way of training and educating coaches.

One such provider is Coach Logic, the video technology platform specialist who has partnered with the FIH Academy as well as a number of coaches working with national teams and clubs and those involved in the coach mentoring process.

By using Coach Logic technology, much of the coach learning process can be carried out remotely. Aside from coaching webinars where vital theoretical information can be shared, there is also the chance to video and then review the coach in action. A coach can video a session at her own club, send it to her coach mentor and receive feedback on her coaching performance. This is far removed from the traditional coaching course in which a coach is assessed while they work with a randomly selected group of players. By allowing coaches to work with their own team, in their own setting, means they are working within a context that everyone understands and they are delivering a session at a time that works for them.

By working this way, it also allows the trainee coach and mentor to arrange a time for feedback – again remotely – that suits both of their schedules and can be carried out in a relaxed manner.

The use of technology can help coaches define their own style, assess their own performance, and allows them to be self critical. Mark Cairns is one of the founders of Coach Logic and he says: “When it comes to coach development, Coach Logic is often used to generate discussion between coaches and mentors so coaches can reflect on their own practice. A coach might say ‘I use a ‘discussion’ style of coaching predominantly’, but the video will show that the coach uses a very different style.

“Conversely, we can also use the videos to show some great coaching practice. By playing back, the coach can see what interaction she was having with the players. What was the body language like? Were the players enjoying the session?

"Importantly it enables coaches then to be more authentic as they can coach in their own environment rather than a simulated coaching environment with players they have never met before and all the mentors and peers watching them. It also improves their self-awareness as they can watch back their session and be challenged to think critically by their mentor." 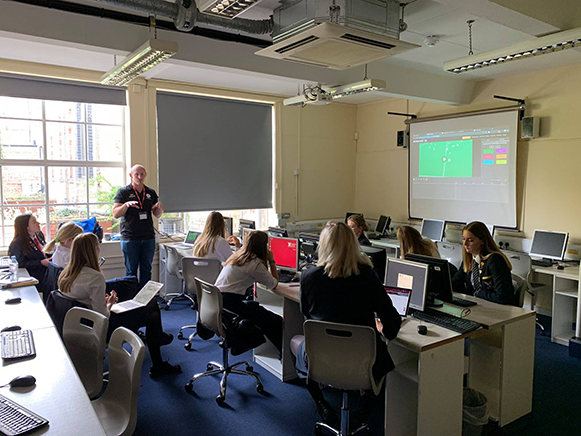 Taking a new approach certainly meets the approval of FIH Executive Board member Marijke Fleuren: “I am happy that we seem to have made a step from awareness to acceptance that far more men than women are hockey coaches, while our hockey playing numbers are equivalent. That makes us  ready for action: how can we improve the situation?”

Fleuren is something of an expert in the area of gender equality in sport. She is a member of the IOC Women in Sport Commission and heads the FIH Women in Sport committee.

“Listening to the women coaches who are doing the job already and after having got, as an EHF partner, a lot of knowledge from the Erasmus+ project SWinG, [a project facilitating and support female leaders in sport] it is clear that to change the situation, some big steps must be taken, by the female coaches themselves, as well as external stakeholders. Female coaches must learn to overcome their fears and coach educators must look at new methods of delivery.

“I was very happy to note that Mark Caims [talking during an FIH webinar] seemed fully committed to supporting a change in approach to get more women into coaching. The webinar itself drove home the fact that new methods of delivery were very possible. An education delivered via webinar, for example, can give women more opportunities to join sessions and get involved in coaching discussions. This is all key to breaking down barriers.”

By changing the conversation around coaching and by widening the options for delivery of coach development and training, it is possible that Coach Logic and other technologies like it can be one of the major tools in disrupting gender disparities.