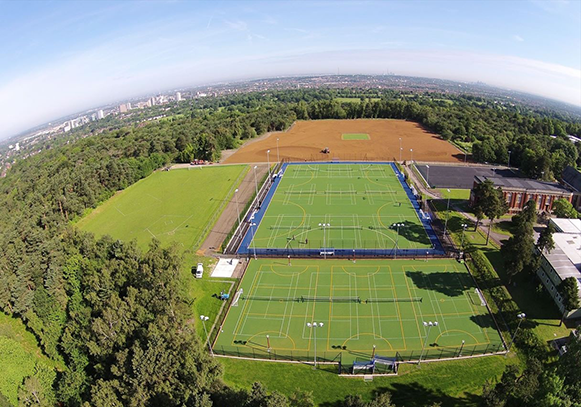 Build it and they will come

Without a pitch on which to train and play, there can be no hockey.

That is the message that comes loud and clear from FIH Facilities Manager Alastair Cox and it is also a message that has been recognised by the FIH Academy.

In the past few weeks, Cox has hosted two online Facilities Workshops as part of the FIH Academy’s recently-launched series of online webinars aimed at providing support to National Associations.

The FIH Academy National Association Development Series takes the form of webinars, workshops, courses, key-notes or discussions. It has been developed to help fulfil the FIH mission to support National Associations to develop and grow the game. The Facilities Workshops are providing an opportunity for people within National Associations who are charged with developing a facilities strategy to discuss issues, give and receive guidance and generally to air thoughts. Members of the FIH Quality Programme also joined the workshops, allowing them to hear about the issues and solutions hockey is developing and share their experiences working with hockey and other sports.

During the first two online sessions, which were attended by representatives from four Continental Federations as well as National Association representatives, Cox reports that chief among the topics under discussion were the benefits of multi-sport facilities and the growth and adoption of Hockey5s and its impact upon the sport.

What also became apparent to those involved in the webinar was that, while the focus was on just those three areas, within those areas there exists a wide range of issues, concerns and challenges. What was a problem for hockey administrators in northern Europe was very different to challenges faced by developing nations in Africa. Even within the same continent, Pan America for example, a nation such as Guyana faces very different issues to nations such as the USA or Argentina.

And while there were many differences from nation to nation, there were also many areas of commonality. Whether it is a hockey club in Australia or a town in Guyana, one of the biggest issues is likely to be availability of facilities. Many clubs and teams around the globe do not own their own facilities and may be at the whim of local authorities or other landowners.

One way of securing facilities is to make them financially sustainable and this is where the concept of multi-sport pitches is grabbing the interest of National Associations and their members.

Following examples of successful multi-sport pitches in Australia and the UK, the message that Cox is anxious to get across to the National Associations is that if you develop a pitch that you can play a number of sports on, then you instantly get more users into the facility. If you are a government-owned facility then that is great way to address issues of value to the community. As an example, Cox cites the example of tennis, netball and hockey all using the same surface, but adds that each National Association will have its own ideas of which sports would suit the surface and best serve the local community.

The use of multi-sport surfaces led into a discussion about Hockey5s and its place in the growth of hockey. For national associations for whom the price of full-sized pitches are prohibitive and where hockey is still in its infancy, then playing Hockey5s on small-sized multi-sport pitches is a logical solution. The players get to experience the game on a good quality surface, the competition in Hockey5s is strong and the pitches are far more financially sustainable with many users from different sports.

“Over 60 per cent of the cost of a carpet is under the playing  surface,” says Cox. “The drainage, the foundations, base and so on, is where much of the cost will lie. So if a National Association can’t afford a full-sized pitch, then a small pitch can be the solution. You don’t necessarily need full-sized pitches for the foundation and participation levels of the sport, maybe the answer is to put a number of small-sized pitches in heavily populated centres across a country. The workshops also discussed how small-sided multi-sport areas can be an attractive investment for companies wishing to invest in sport through their corporate social responsibility programmes. Certainly many of the national associations on the webinar could see this was a great opportunity to increase facilities and grow the game.

“I think the main message that everyone took away from the two sessions is that there is a lack of facilities for the sport, which is directly linked to money. There is also a recognition that you can’t build good quality hockey fields cheaply, so a multi-sport pitch is a way of getting people through the door and making the facility sustainable. There is also a rapidly growing awareness of the  opportunities offered by a multi-sport pitch.”