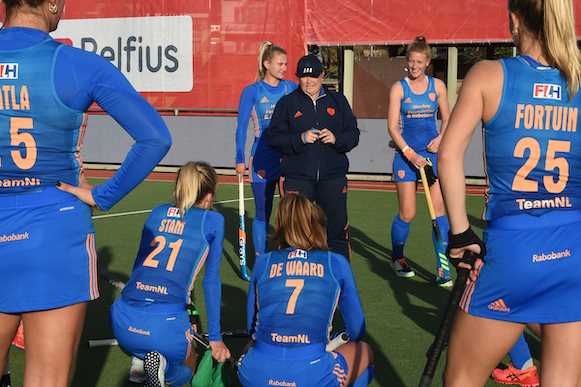 Lausanne, Switzerland: As we approach the end of a challenging year, the International Hockey Federation (FIH) can confirm that Belgium men and the Netherlands women will finish 2020 sitting top of the FIH World Rankings.

In January, FIH introduced its new match-based model for the calculation of the FIH World Rankings, with the FIH Hockey Pro League matches that were played in early part of the year seeing regular fluctuations in the standings before the COVID-19 global health pandemic brought the competition – and all international hockey – to a standstill in March.

The brief but wonderful return of the competition between September and November saw further exchanges of points between the men’s and women’s national teams of Belgium, Germany, Netherlands and Great Britain.

The rankings calculations model that FIH introduced on 1st January 2020 moved away from the previous tournament-based rankings system to a dynamic, match-based method where opposing teams exchange points in official, FIH sanctioned games. The number of points exchanged depends on the result of the match, the relative ranking of the teams and the importance of the match.

While the impact on the number of international matches being played in 2020 was dramatically reduced due to the pandemic, FIH Sport and Development Director Jon Wyatt felt the new approach to the FIH World Rankings was having a positive impact.

“Clearly with so few matches played this year compared to what we would expect in any normal year, the movement in rankings, now that we are using a match-based system, was not as great as it will be”, said Wyatt. “However, even in the limited number of matches that were played we saw the system working well, with points being exchanged that resulted in some movement up and down the rankings table after each match. We are all looking forward to seeing the dynamism of the system working to its full potential once the complete programme of international matches restarts again, so that the rankings will reflect the current form of each team. Let’s hope that’s not too far away.”