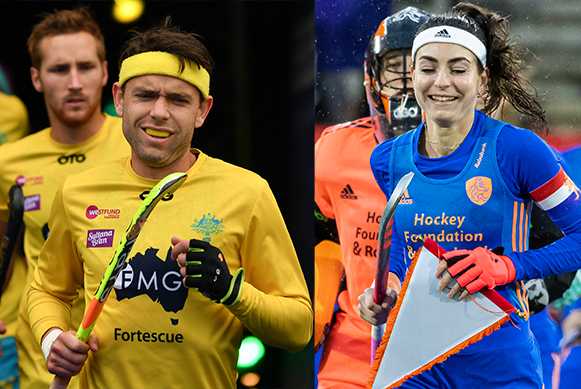 With the Olympic Games Tokyo 2020 less than one month away and following the completion of various international matches and competitions in recent weeks, we can report on some movement in the FIH World Rankings.

A string of victories over New Zealand’s Black Sticks, both in the FIH Hockey Pro League and an FIH sanctioned test series, has seen Australia move to the top of the men’s FIH World Rankings with 2513.67 points.

The Kookaburras have moved ahead of Belgium’s Red Lions (2449.67), who dropped to second position during the EuroHockey Championships in Amstelveen (NED), where they eventually took the bronze medal.

The Netherlands European title victory in Amstelveen has seen them strengthen their hold on third place in the men’s standings, moving onto 2355.13 points.

India remain fourth (2223.45), with fifth placed Germany (2163.57) having closed the gap on the Indians thanks to a fine silver medal winning performance at the Euros.

There is no change at the top of the women’s FIH World Rankings, with the Netherlands extending their lead over second-ranked Argentina to almost 600 points. A successful defence of their European title has moved the Netherlands onto 2805.66 points, with Las Leonas having 2235.59.

New Zealand (1903.35) and Spain (1770.90) retain the sixth and seventh positions, while Belgium’s strong performance at the European Championships has seen them climb from 12th to eighth place with 1700.75 points.

Tokyo 2020 will be the first Olympic Games to take place since the introduction of the match-based rankings calculated model, which came into play in January 2020. The move away from the previous tournament-based system to one where opposing teams exchange points in official matches means that, for the first time, the results of the fixtures in Tokyo will have a direct, real-time effect on FIH World Ranking positions.  More information about the new rankings model can be found below.