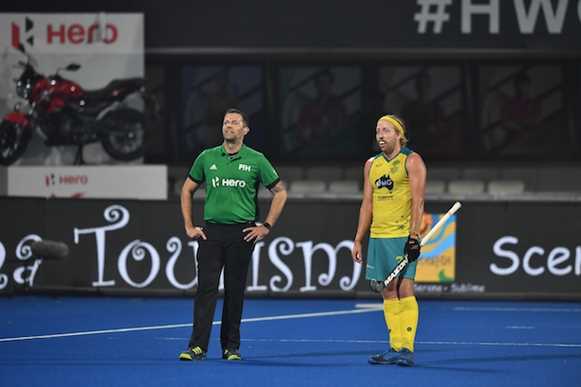 Lausanne, Switzerland: Every second year, the Rules Committee of the International Hockey Federation (FIH) may make proposals to amend the rules of hockey. In 2018, the following proposals have been made by the Committee and approved by the Executive Board:

• Defending free hits within 5 meters of the circle
The explanation for how to treat free hits for the attacker close to the circle has been changed in Rules 13.2.f. It has now been made clear that players other than the attacker taking the free hit must be at least five meters away, including when they are in their circle. If the attacker however chooses to take the free hit immediately, then defenders who are inside the circle and within five meters from the ball may shadow around the inside of the circle as per the explanation of the rule before 2019. This has the advantage of not preventing the quickly taken free hit which has been widely welcomed by coaches and players, whilst maintaining the 5m rule used everywhere else on the pitch to provide space for the free hit taker.

• Free hits awarded inside the defensive circle
As in Indoor Hockey a defender may now take a free hit awarded in the circle anywhere inside the circle or up to 15 meters from the back-line in line with the location of the offence, parallel to the side-line.

These amendments will come into force on 1 January.

These detailed revisions to the Rules of Hockey will be available from Friday 21st December on the FIH Rules app which can be downloaded here for the iOS version or here for the Android version.