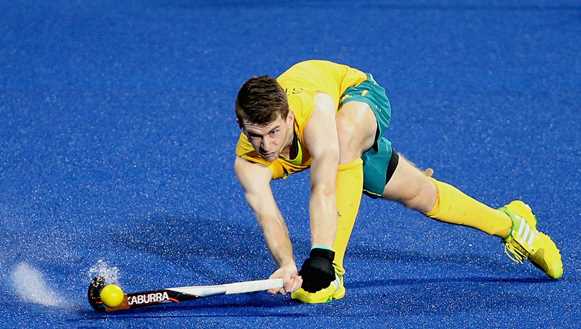 AFTER DEBUTING AT THE YOUTH OLYMPIC GAMES (YOG) NANJING 2014, THE FAST-PACED HOCKEY5S WILL AGAIN BE ON THE YOG PROGRAMME IN BUENOS AIRES IN 2018. HERE, WE GIVE AN INTRODUCTION TO THE EXCITING EVENT.

As hinted in the name, Hockey5s features five players per side compared to the usual 11 who play in the traditional hockey events. Teams are made up of nine players, and substitutions can be made at any time during the game. Matches consist of three 10-minute periods – less than half the length of an 11-a-side hockey game – leading to increased speed of play, goal scoring and enjoyment for viewers.

A DEBUT TO REMEMBER

Hockey5s made its debut at international level for the first time at the Youth Olympic Games Nanjing 2014, and spectators could have hardly been treated to a more exciting competition, as both the men’s and women’s finals went to a penalty shootout. Australia beat Canada 3-2 in the men’s gold-medal match after a 3-3 draw in normal time; while in the women’s final, the Netherlands’ extraordinary comeback from 4-0 down to 5-5 was in vain, as they lost 3-2 to China on penalties. Fans will be hoping for similar thrills and highlights in the 2018 tournament.

Boundary-boards are another important innovation in helping speed up the game, as balls are kept alive and stay in play for much longer. The ball is out of bounds only if it goes over the 25cm-tall boards, and they are designed to have as natural rebound as possible in order to keep the game flowing.

The Nanjing 2014 tournament averaged more than nine goals per game – almost twice as many as the average goals per game in the 11-a-side tournament at the Olympic Games Rio 2016 – with innovative rule changes giving rise to the increased scoring. Goals can be scored from anywhere on the pitch in hockey5s rather than just the shooting circle, whilst penalty corners have been replaced with direct one-on-one contests between attacker and goalkeeper.

AT THE HEART OF THE YOUTH OLYMPIC PARK

The Hockey5s event will take place in the Youth Olympic Park.  The Park will host over 70% of the medal events at the YOG. It is located right next to the Youth Olympic Village, and the legacy of the Park is that it will become the new high performance centre for Argentina called CeNARD.