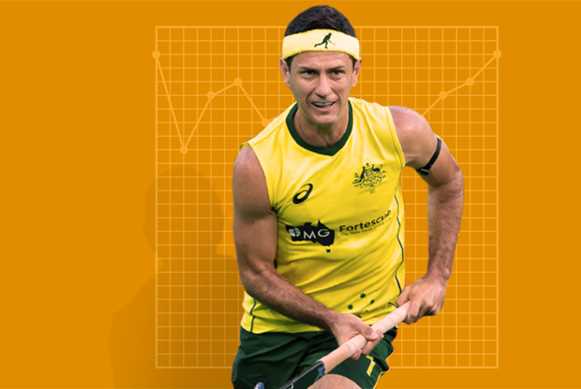 Want the Stats? Most Wins. Highest Goals. Results. Check out these amazing facts about our historic World Cups

Bhubaneswar, India will be the platform for the greatest hockey event on the planet as the 14th edition of the Men's World Cup takes place.

During its 47-year history, 25 different nations have participated in a grand total of 569 games, scoring 2,276 goals. That averages out at four goals a match. Compare that with football, which averages 2.3 goals a game – most exciting team sport? Unquestionable!

The team that has won the most trophies is not the team that has played the most matches. Pakistan might have won the World Cup an astonishing four times, but Netherlands have played a total of 93 games, with the Australians playing 86.

The most successful team in history has played 85 games in total. But it is the winning that counts and here the Kookaburras have the best stats – Australia have won 74.42 per cent of its matches, The Netherlands are on a 63.44 per cent winning rate by comparison. Germany and Pakistan are the next two most successful nations both winning 62 per cent of matches they have played during their World Cup histories.

Ghana, Belarus and Cuba by comparison have yet to win a World Cup match and Ireland, Canada and South Africa will all be hoping that qualification for the 2018 World Cup will give them a chance to improve their matches played/games won ratios (15/1; 35/6 and 52/6 respectively).

There are likely to be some interesting match-ups in Bhubaneswar. Current Olympic champions and 2014 bronze medalists Argentina have yet to beat Australia in a World Cup match. The sides have met five times and the Kookaburras hold bragging rights.

It is a similar story for the host nation. India has yet to win a World Cup match against the 2014 silver medallists Netherlands. Six matches have yielded 37 goals but no wins for India.

Only one team has made it from match one to the final without losing or drawing one match along the way and that is the all-conquering Australian side of 2014. The stats read ‘played 7, won 7, goals against 3, goals for 30’. It was quite a high point for one of the most successful hockey coaches of modern times, Ric Charlesworth – to leave the stage, clutching the fourth of his World Cup winning medals (two with the Hockeyroos 1994 and 1998 and two with the Kookaburras 2010 and 2014).