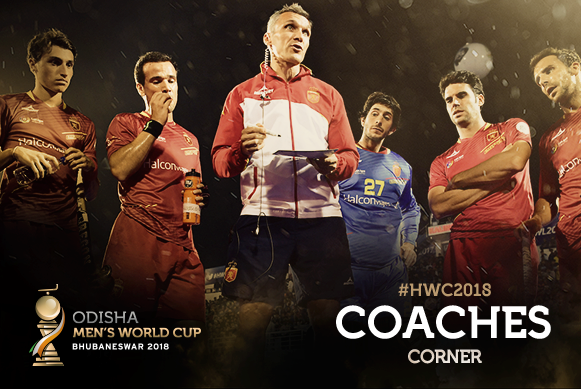 Frédéric Soyez has been Head Coach to the Spanish team since 2014. Over that time he has steered the Red Sticks to a fifth place finish at the Rio 2016 Olympics, fifth in the 2017 Rabobank EuroHockey Championships and qualification for the Odisha Hockey Men's World Cup Bhubaneswar 2018.

Under his leadership, the Spanish team has also risen to eighth in the FIH Hero World Rankings. Like his counterpart, Adrian Lock, Head Coach to the Spanish women's team, Soyez is predicting some surprise results at the World Cup in India. He said: "Every year, we have more and more competitive teams because hockey is becoming more professional in a greater number of countries," says Soyez, who played for and coached France before moving across the border to play and coach in Spain.

"There are still some teams who are rightly in the top four or five in the rankings, but the difference between a top four team and a team in the top 12 is not so big, that is why we should see for sure some ‘surprises’ during this World Cup.”

Spain’s preparations for the World Cup began in September, with squad training every Monday, Tuesday and Wednesday. There are test matches planned against Belgium, Netherlands and Germany in the coming weeks. The team will then travel to India to arrive in Bhubaneswar six days ahead of competition, giving the players time to acclimatise to the weather, conditions and World Cup environment.

As Soyez points out, Spain played in the Hockey World League Finals in 2017, which were also held in Bhubaneswar at a similar time of the year. This will have prepared his players to play in the high pressure environment that is Indian hockey. 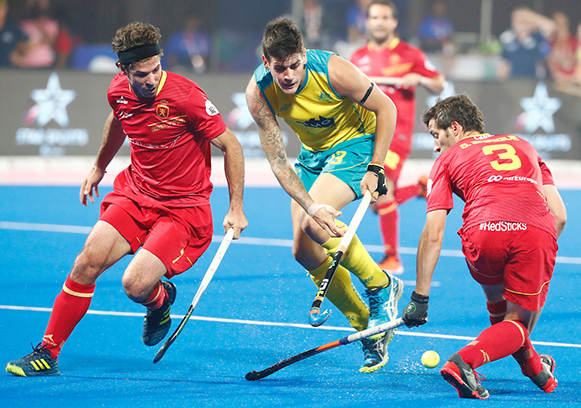 Aside from the physical preparations needed to perform well at a long and competitive event, what mental training will the players and coach need? On this point the Frenchman is sanguine. “We don’t need anything especially different for a World Cup, we just try to prepare the players to be competitive, no matter what the situation – whether it be training, test matches or a competition. We always train as we want to play at the World Cup.

“And for me as Coach, I don’t feel any additional pressure. I always try to prepare the players and the team to always look to win the next game. At the World Cup there are four or five teams who are among the favourites to win and four of five more, including Spain, who can fight for a medal. I know where we are and what we can expect of this competition.” 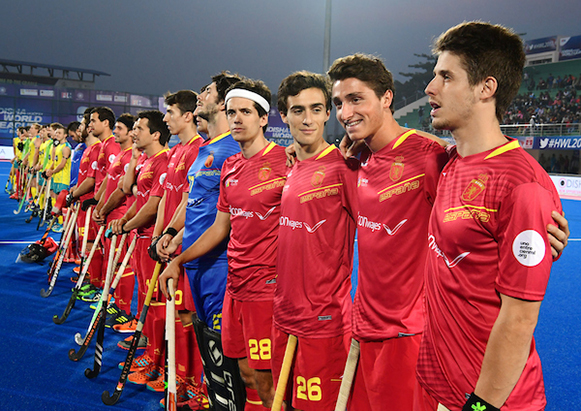 Spain are aiming to medal in India Photo: FIH/WSP

Spain are always an exciting team to watch, packed full of talent and with the capacity to surprise the higher-ranked teams. Soyez says he has a good mix of experienced players such as Quico Cortes, Sergi Enrique, Pau Quemada, Marc Salles, Miki Delas and Xavi Lleonart, but with 10 players leaving the national squad after the Rio 2016 cycle, some new faces have also been added to the mix.

The Head Coach name checks Quique Gonzalez de Castejon, Marc Perellon, Joan Tarres and Marc Bolto as highly talented and very ambitious players. He adds however: “As Coach, I reiterate: ‘The team is always above all the players. It’s not the team with the best players that win but it is the players with the best team that wins.”

Spain compete in Pool A at the Odisha Hockey Men's World Cup Bhubaneswar 2018, where they will face Argentina, New Zealand and France. A full schedule can be viewed here. For further information on the World Cup, click here.