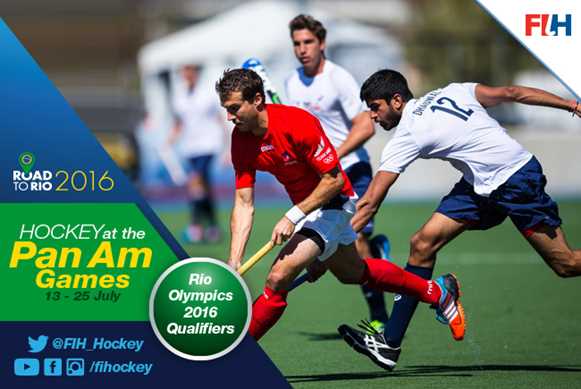 Alfredo Castro has a big task ahead of him at the 2015 edition of the Pan-American Games, due to start in just a few day's time. He is emulating Argentine coach Carlos Retegui's performance at the 2014 World Cup by coaching both the men's and women's team at the same tournament.

The coach, who is in his second stint as Chile's National Senior Coach, is feeling positive in the lead-up to the Pan-Am Games, which are also Olympic qualifier events.

"Our objective is to get a medal with both teams, men and women," he says. "We know this will be hard, because of the quality and progress of the other teams, but we have two teams with a great attitude and that counts for a lot."

When asked about his team's strengths, Castro cited the tactical and strategic ability of the women's team and the penalty corner routine of his men's side as the secret weapons as Chile aim to win the Pan-American title.

Castro says that although he is the head coach, he has a strong support team behind him. While he is head coach, both teams have their own coach and assistant.

He also explains that the whole national coaching structure in Chile is very centrally-managed by him and his team. "As a coaching team, we are working hard with our under 21, 16 and 14 players to put in place and support a national team structure. At the same time we use talent detection from under 12; both for male and female players."

Castro was also Chile's head coach from 2004-2009, before leaving the entire Chile hockey scene to spend three years working in Argentina as a general sports manager. He returned to his former role just a year ago and watched his Chile team perform with increasing confidence at the Hockey World League (HWL) Round 2.

The team began with three straight losses, to Ireland, Italy and Austria, but then a victory over Russia (5-4 on shoot-out) and wins over the USA and Italy in the classification matches signified an upward turn in the team's performance.

"We will expect those squad members who played at the Hockey World League Round 2 to be really influential at the Pan-Am Games," said Castro. "They will have more experience of international competition and that will be important. We are also expecting a lot from our younger players."

He names Felipe Eggers, Nicolás Rens, and the Chile captain Raimundo Valenzuela as players who will be hugely important for his team in the men's competition.

Daniela Caram – who was top goal-scorer at the HWL Round 2, Carolina García, Constanza Palma and captain Camila Caram will be the key players for the women.

Like most of the Pan-Am teams, Chile's players are not professional sports men and women, but rather they fit their training in around work and study.

The national squads train together three times a week, with additional sessions working on their physical fitness and two weekly sessions with their clubs.

Asked about his rivals, Castro says that he expects the women's competition to be dominated by Argentina and the USA, while Canada also has a shout at winning a medal.

In the men's competition, Argentina and Canada are the teams he expects to be on the podium, which leaves a third space for Chile!