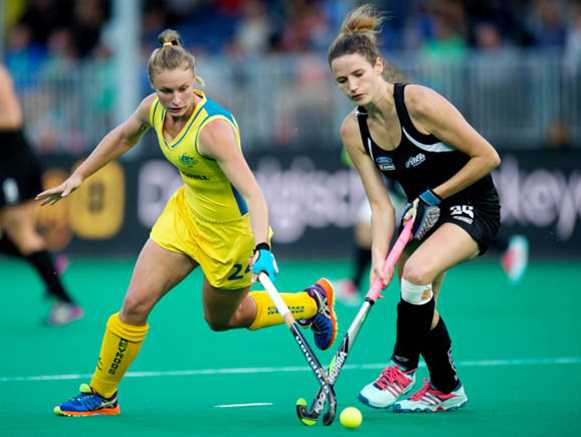 A big week of women’s international hockey gets under way in New Zealand this Saturday (2 April), as the North Island city of Hastings plays host to the third annual Hawke’s Bay Cup.

This year’s event, which finishes on 10 April, is extra special, with six out of the eight competing nations having achieved qualification for the Rio 2016 Olympic Games, guaranteeing fierce competition and potentially thrilling match-ups between some of the strongest teams in the world at the Hawke’s Bay Regional Sports Park.

The competition will see New Zealand’s Black Sticks taking on fellow Olympic title chasers Australia, China, Korea, Japan and India, teams that will all be looking to make a big statement as they continue their journey along the road to Rio. They are joined in the competition by Ireland and Canada, two rapidly improving nations that are placed inside the top 20 of the FIH World Rankings and will certainly provide a strong challenge in Hastings.

The Hawke’s Bay Cup – named after the bay on which the city of Hastings is situated – is the focal point of the Hawke’s Bay Festival of Hockey, an initiative backed by the Hawke’s Bay tourist industry and local businesses that not only aims bring top international teams to the area on an annual basis but also showcase a beautiful part of the country.

Just three years into its existence, the Hawke’s Bay Festival of Hockey now welcomes over 40 teams, a figure that is certain to increase as this event continues to establish itself over the coming years.

The festival is very much in line with Big Goal 1 of FIH’s Hockey Revolution strategy, which is to develop innovative and exciting entertainment events as Hockey aims to become a global game that inspires the next generation.

With all eight competing teams ranked inside the world’s top 20, few would dispute that the Hawke’s Bay Cup is the centre piece of this outstanding event. In Pool A, Australia (FIH World Ranking: 3) will take on Korea (WR: 9), Japan (WR: 10) and Canada (WR: 19).

A global audience will be able to keep track of all the action from Hastings, with live streaming of the matches being available on FIH.ch by clicking here.

Things will be very busy on social media too, thanks to a dedicated Festival Facebook page and Twitter feed. Quick links to all of the useful pages can be found below.