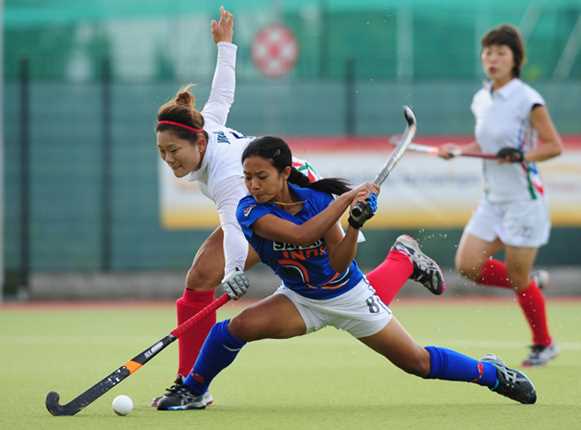 India completely dominated Azerbaijan in the last game of the preliminary round, earning a convincing 6-1 win

The win bumps India ahead of Azerbaijan in the final pool standings. The Indian win also secured first place in the Group B standings for host Ireland.

It was a case of India being on top of its game and Azerbaijan having its worst showing of the tournament that created a perfect storm, allowing India to own a massive 5-0 lead at the half, with the first four goals coming in just 20 minutes of action.

India captain Saba Anjum had a hat trick in the win, including scoring the first two goals of the game that came just two minutes apart. Anjum closed the first-half scoring with a penalty corner goal.

Things settled down in the second half with only two goals between the two teams. Khatira Aliyeva netted the lone Azerbaijan goal 12 minutes into the second half to give India a slight glimmer of hope. The 5-1 stood until Jasjeet Kaur Handa put in the sixth goal for Azerbaijan with a blooper goal that arced up and over the head of India goalkeeper Saadat Nuriyeva.

Azerbaijan must now await the result of the late game between Ireland and Spain. If Spain wins, then Azerbaijan will finish the pool in last place. And Irish win would give Azerbaijan a third-place finish.