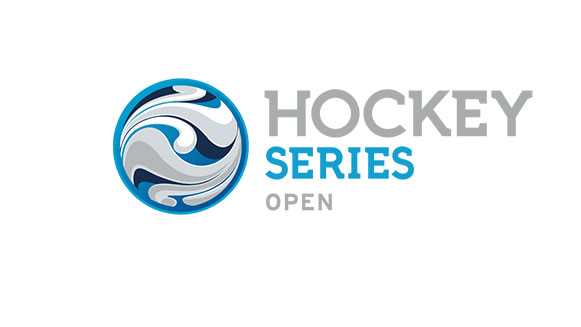 Road to Tokyo begins in Bulawayo

Memories of a golden hockey past and the confidence that has grown since the Youth Olympic Games are just two of the sources of inspiration for the players preparing for their first steps along the road to Tokyo 2020.

Four men’s teams and three women’s teams will be competing for a place at the Hockey Series Finals and the chance to continue an Olympic journey that all begins at the Khumalo Hockey Stadium in Bulawayo, Zimbabwe.

The two events, which run side by side from 7-9 December sees teams from the African continent playing in a round robin competition for first place and the opportunity to play at the prestigious HSO Finals in 2019. The winner of the men's event will qualify for the Hockey Series Final taking place in France while the victorious women's team will either play the next stage in Spain or Ireland (to be confirmed).

The women’s competition comprises Namibia, Zambia and the host nation Zimbabwe, while the three corresponding men’s nations are also joined by Egypt.

There is a fair gap in world rankings in the men’s event, with Egypt currently ranked 19th in the FIH Hero World Rankings, while Zimbabwe are ranked at 66, Namibia 74 and Zambia yet to receive a world ranking. There is also a vast chasm in the amount of experience the players in each squad have when it comes to international competition.

Egypt has three players with more than 100 international caps each – Amr Sayed, Ahmed Elnaggar and Amr Elhady – and several more players are in the 60-80 cap range. The north African team also has the recent experience of playing in the Hockey World League Semi-Finals, where they finished a respectable eighth, beating higher ranked South Africa in the process.

Namibia has a team that is a balanced mix of youth and experience, although Head Coach Sven van der Most will be watching anxiously to see how his two very young goalkeepers cope with international pressure. Willem Serfontein is just 19-years, while 15-year-old Henning Kruger is the youngest member of the squad and one of the youngest players at the tournament.

Thomas Mumba is Head Coach to a Zambia team that comprises many of the players who performed so brilliantly to finish fourth at the 2018 Youth Olympics in Buenos Aires. Among the players that excelled in Argentina are Phillimon Bwali, Andrew Moyo and Simon Banda. Registering a 6-4 win over Australia at the Youth Olympics will have given the team an immense confidence boost ahead of this competition.

Much will rest on the shoulders of Tendayi Mareza as he leads the host nation Zimbabwe in this competition. Support for the home team will be intense, so the experienced duo of Mareza and Pritchard Matambo will need to keep the squad focused on their own performances.

The three women’s teams are far more closely matched in terms of where they sit in the world rankings. Namibia is the highest ranked team at 60, with Zimbabwe eight places below and Zambia still to get a world ranking.

Erwin Handura is Head Coach to the Namibia team. He and several of his team experienced top flight international competition when they played in the FIH Indoor Hockey World Cup in February 2018. Star of the team in Berlin was Magreth Mengo and the captain will be looking to provide the same inspirational leadership in Bulawayo.

The Zambia women’s team, which shares its Head Coach Thomas Mumba with the men, is a tightly-knit group of players who have little international experience but a heap of enthusiasm to raise hockey’s profile in their country.

Zimbabwe, who are led by former cricket coach Angus McVey, will be harnessing the home support and the weight of history to provide inspiration for their performances at this event. Large, vocal crowds will cheer the teams on and, at the back of the player’s minds will be the memory of the 1980 Olympic gold medal won by the Zimbabwe women’s hockey team at the Moscow Olympic Games. This was a pinnacle of sporting achievement for the African nation and one the current squad use as a source of inspiration.

For all the details from the Hockey Series Open in Bulawayo, Zimbabwe, click here.