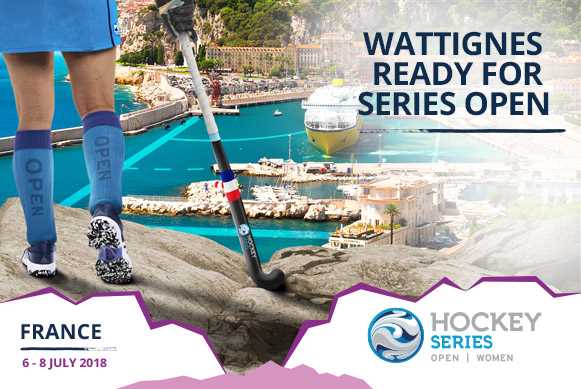 The Hockey Series Open continues to thrill hockey fans across the world as the third women’s event gets underway from 6-8 July in Wattignies, France.

This four-nation event, featuring up-and-coming teams from Europe, will see the top three teams qualify for the Hockey Series Finals 2019 and potentially contest the Olympic qualification events for Tokyo 2020.

With just 12 ranking points separating the highest and lowest ranked teams, this event is likely to see some tightly contested matches and some very close score lines.

The Belarus Head Coach Herman Kruis is no stranger to top class hockey competition. He was formerly Coach to the Netherlands women, leading them to an Indoor World Cup gold medal in 2007. He has also coached some of the best clubs in the Netherlands, including HC ’s-Hertogenbosch. Kruis has already enjoyed success with the Belarus indoor squad, leading them to bronze at the Indoor World Cup in Germany earlier this year. Many of the players from the indoor squad feature in the team competing in Wattignies, so will bring an element of additional confidence to the tournament.

The next highest ranked team is Russia, and they bring a team that is well balanced in terms of youth and experience. On the one hand, the squad will be led by players such as Margarita Drepenkina and Olesia Petrova, who have enjoyed many seasons with the national team. But, with an eye to the future, the coaching team of Svetlana Ivanova and Anthony Thornton have also included six teenagers in the team, including the talented Anastasia Kolpakova and Maria Bordolimova.

Host nation France will be looking to overturn the rankings and make a top two finish. Like Russia, the French coaching staff are building a team for the future, with 15 of their players on fewer than 20 caps. The veteran of the team, and the player who will be adding invaluable experience, is Philippine Berly. Currently on 94 caps, she would love to hit the century mark with a crack at the Hockey Series Final.

The final team in the quartet is Austria and they bring a lot of experience to the competition. Led by Head Coach Christopher Faust, Austria have in their ranks a number of players who know what it takes to compete on the international stage. Captain Corinna Zerbs and midfielder Viktoria Stockl have amassed a number of caps between them but there is experience all over the pitch with this Austrian team. They might arrive in France with the lowest ranking, but they could also be the team that upsets the form book.

The event in Wattignies is a continuation of the Hockey Series Open, with other events in the Series taking place across the world over the coming weeks.

This stage of the FIH's new Hockey Series is the first step towards Olympic qualification for participating teams.

Enjoy all action from the Hockey Series Open on FIH Youtube.

For further information about the Hockey Series Open, click here.