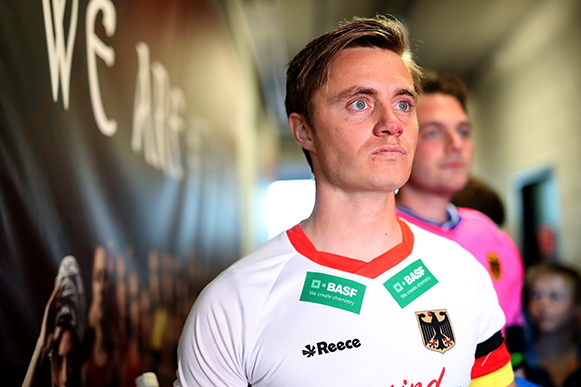 Continuing our series of video interviews with the teams that will participate in the upcoming FIH Hockey Olympic qualifiers, Germany (FIH World Ranking: 6) captain Mats Grambusch looks ahead to his team’s all-important two-match clash with Austria (WR:20), with a place at the Olympic Games Tokyo 2020 on the line. The crucial matches will take place in Mönchengladbach, Germany on 2/3 November 2019, with timings to be confirmed in the coming weeks. A transcription of the interview can be found below.

What are your thoughts about your opponent in the FIH Hockey Olympic qualifiers and how is your squad feeling about these matches?

Mats Grambusch: I believe that Austria has a strong team and they play just like us because they are an European team. Their tactics will be similar to ours. They have some very good individual players who play in Holland and the Bundesliga so we know them very well. I expect a strong Austrian team but at the same time, I think we are the favourite and I hope we succeed.

As the home team, what can the fans expect to see from your team in the FIH Hockey Olympic qualifiers?

Mats Grambusch: We will hopefully win in the end but I don’t really know yet what they can expect. I hope there will be a lot of fans supporting us because these are two massive matches for us and we need their support. I hope they will see some good attacking hockey by the Honamas.

Finally, what would qualifying for the Olympic Games Tokyo 2020 mean to you and your team?

Each qualifier consists of two back-to-back matches which will be played in the same venue. The winners of these FIH Hockey Olympic qualifiers will qualify for the 2020 Olympic hockey tournaments which will be staged in Japan’s capital city from 25 July to 7 August next year and involve 12 Men’s and 12 Women’s teams.

For complete information about the men’s and women’s draw for the FIH Hockey Olympic qualifiers, click here.

For all the latest news on the FIH Hockey Olympic qualifiers, please visit our  official event website.