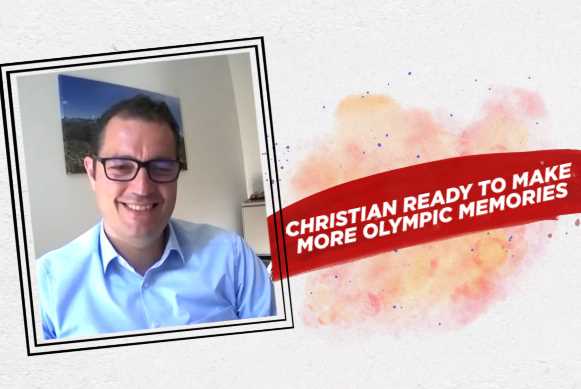 Christian Blasch is one of the most experienced umpires in the world. A veteran of four Olympic Games, starting with Athens 2004 and most recently taking control of the gold medal match between Argentina and Belgium at the 2016 Olympic Games in Rio.

Blasch is headed to Japan in just over a month’s time for the Olympic Games Tokyo 2020 and, while the German umpire is excited at the prospect, he is all too aware that this particular event will be unlike any other.

‘Even mentally, it has been a long year already with the lockdown. Half a year has already gone and not long is left before we go to Japan.’

Blasch explains that one way the umpires are keeping abreast of the game is through regular online meet ups. The umpiring team that is heading to Japan, along with the umpire managers, meet up every two or three weeks to look at video footage that has been prepared and to discuss the finer points of the rule book.

‘As we are sitting across the entire continent it is difficult to find a time when we can meet up but that is what we do.’

When it comes to being an Olympic umpire, Blasch says it is the biggest achievement the officials can aim for. With four Olympic Games already under his belt, Blasch says he is feeling quite relaxed about the challenge that lies ahead. But, he adds, once at the Games, it doesn’t matter what match it is, there will be nerves kicking in. ‘Every time we enter the pitch we always have to be on our best game, and give out best performance. Every day is a new match, whatever level of experience you have.’

For Blasch, the first Olympics is always special. ‘You may not be as focused as you should be because it is just so big. But, for me, the experience that was the most memorable was umpiring the final at the Rio 2016 Olympic Games, between Argentina and belgium. That was a personal goal, so it is a very special memory.

‘Of course, this year will be very different compared to previous Games, but every Olympic Games is very, very special.’