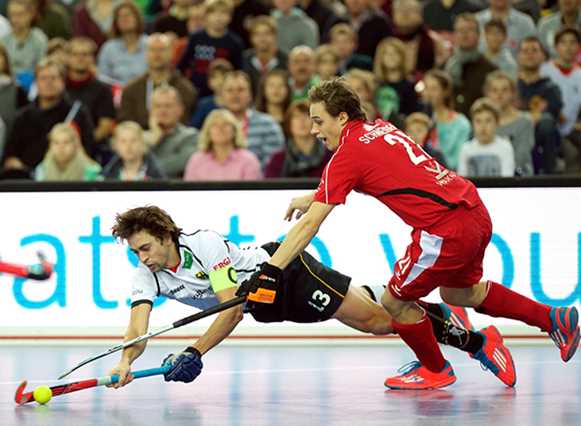 Fans can now buy tickets for every game at the Indoor Hockey World Cup Photo: FIH/WSP

12 men’s and 12 women’s national indoor hockey teams will go head to head to be crowned world champions between 7-11 February in Berlin’s Max-Schmeling-Halle.

With 40 men’s and 40 women’s matches taking place at this showpiece event, fans can now buy tickets to see their favourite teams in action in what will be a hockey feast in Germany’s capital city.

With all but one nation (from the Pan American continent) from each gender now qualified, teams now know who they will be up against in this truly global competition.

Wednesday 7 February provides an action-packed start to the event, with 24 matches taking place throughout the day including defending women’s champions Netherlands taking on Switzerland and Kazakhstan and men’s 2015 runners up Austria taking on Belgium and South Africa.

Another 24 matches take place the following day before the final men’s and women’s Pool matches conclude on Friday 9 February. The men’s Quarter-Finals then take place that evening.

Saturday 10 February sees the women’s Quarter-Finals and classification matches take place before the men’s and women’s Semi-Finals later in the day.

The full schedules are now available on the official event websites, with the men’s schedule here, and the women’s here.

The indoor competition, contested between qualifiers from indoor continental championships, was last held in Leipzig, Germany in 2015 with Netherlands men and women winning both events.