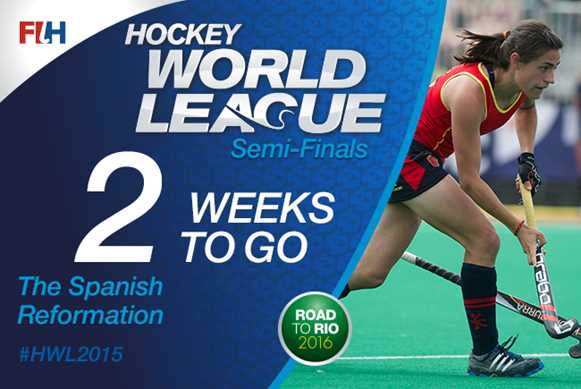 Spain is ready to rock the boat in Valencia

Adrian Lock is palpably excited at the prospect of the Hockey World League Semi-Finals taking place in his team’s own backyard. Speaking with less than a month to go before the action begins in Valencia, the Spanish coach says his team has the capability to upset the world rankings.

In Spain’s group are world number three side Argentina, seventh-ranked China, Canada, who are ranked 20, and their opening day opponents, Great Britain, who are ranked at eight. With Spain ranked at 15, Lock says that the game against the north American side is the must win match for Spain. “Obviously, the chances of all the teams go down to the quarter-finals. In a one-off match anything can happen. I think in the group stage, the Canada game is really important which is obviously the must-win game and hopefully we can spring a few extra surprises along the way. I think in general terms, in WL3 events all the teams are strong – we just need to make sure that we perform each day and grow during the competition.

“I think it's great to play the event at home. We know the pitch, we know the conditions and we will have the public on our side. It's a fantastic opportunity to be able to play in front of our friends and families and show that all the hard work has been worthwhile.”

The team is certainly well-prepared for the challenge ahead. During a training block in January and February the team played 13 matches together and, when not with the national team, the players have a well-structured fitness and technical programme that they follow religiously.

Spain has been going through something of a revival since Lock became involved. The Englishman, who played hockey for England U21s and National League side Beeston, became senior coach in 2013, but his involvement stretches back further as he was coach for the U18 and U21 Spanish women’s teams. He says: “The national team has changed enormously in the last year and a bit. Not qualifying for the World Cup allowed us to put in place new structures, coaching and training methods and think more long term. We have changed how we play, our style of training is changing and the girls are infinitely fitter, which at the end of the day is what allows us to compete. Obviously, now we are looking towards qualifying for Rio, but the majority of the group will still be around in Tokyo 2020 as well.”

Lock is hoping that the work he has done with both the younger groups and the senior side is filtering down to the clubs and development sides as well. While he rues the fact that he does not have a huge amount of players to select from, he is optimistic that reform is being implemented across the country. “In some ways, it is a significant disadvantage having so few licenced players to select from,” he says, “But in other ways it is an advantage in that it is easier to implement reform in women's hockey as a whole in Spain and I am sure that we will see those changes bear their fruit in the future.”