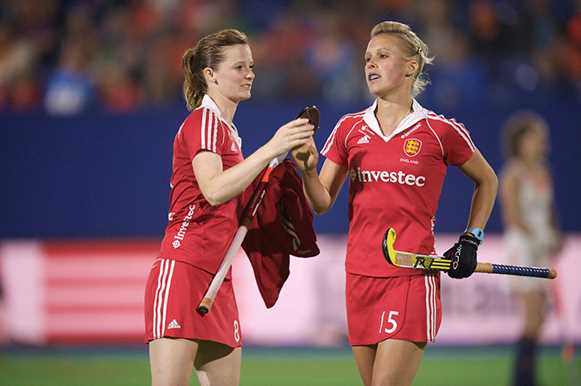 HWL Semi-Finals in Valencia. Meet the teams battling it out

Just 48 hours until the first of the Women's Semi-Finals get underway. Who will get off to a flying start?

The first of the Women's Hockey World League Semi-Finals is just 48 hours away from bursting into life in Valencia, so here we meet the teams who will be contesting Pool A.

The importance of these Semi-Final events is unquestionable. The top three teams are guaranteed places at both the showcase end-of-year Hockey World League Final and the 2016 Rio Olympics. And, depending upon results in both Semi-Final events – Valencia and Antwerp – the fourth-placed teams may also have a strong chance of qualifying for one or both of these prestigious events.

Pool A contains some teams that know each other very well through recent competitions. With a FIH world ranking of three, Argentina is the top-seed in Valencia, and the team that has dominated the world hockey stage for more than a decade will be hoping to make its mark in Valencia.

Winners of five of the past six Champions Trophies; silver medallists in London 2012 and bronze medallists at the 2014 World Cup, Las Leones will be seeking to continue their role as one of the powerhouses of international hockey. Elder stateswomen of the side Delfina Merino, Carla Rebecchi and drag-flicking defender Noel Barrionuevo will be certain to dominate the stage, while young players such as FIH Rising Star 2014, Florencia Habif will be hoping to step into the shoes of recently-retired superstar Luciana Aymar as the new face of Las Leonas.

China come into the tournament with a world ranking of seven and a few points to prove. The team will have been disappointed to not already have sealed its place at Rio 2016, losing out in the Asian Games to Korea.

The past few years has been a time of transition for the Chinese team, following its silver medal win at the Beijing 2008 Olympic Games. While Xu Xiaoxu and Ma Wei bring experience to the side, most of the team is under 23, but the signs are there that the China team is beginning to gel and results must start to follow. Wang Mengyu is one of the new generation of China players who can lift this team from mid-table finishes to contesting the podium places – she is a solid defender who also has an eye for the goal at penalty corners.

If China is out to prove a point, so is the team lying one ranking point behind them. Eighth in the world is not where Great Britain want to be, and this event will see the team, led by Kate Richardson-Walsh, move towards qualifying for the Olympics and the HWL Final, as well as climbing back up the rankings.

Richardson-Walsh is joined by fellow veteran of the team Helen Richardson-Walsh – who is back from a long-term injury – and with players such as the mercurial Alex Danson, midfield Dynamo Georgie Twigg and rising star Lily Owsley all on sharp form, Great Britain will want to make their mark on this tournament.

The fourth team in Pool A is host nation and 15th-ranked team Spain. The team's glory days were in the 1990s when it brought home gold in the Barcelona Olympics. Even rival coaches are saying that Spain is currently performing well above its ranking, and the team is seen as a big threat in Valencia.

The Redsticks are currently coached by Adrian Lock, and while the Englishman says he is targeting Tokyo 2020 with this young team, there is enough talent in the squad for a trip to Argentina for the Hockey World League Final in December and a place at Rio 2016 to be very much on the cards.

Key players for the team will be midfielder Georgina Oliva and team captain Rocio Ybarra.

Canada makes up the Pool A quintet, but anyone who thinks the team ranked 20 in the world is here to make up the numbers, must think again. The team qualified via the Hockey World League Round Two event, disposing of higher-ranked teams on the way.

The North Americans finished second to Ireland, just losing out in the shoot-out, but the experience and confidence gained during that event will have lifted the Canada team's expectations. Thea Culley, the 29-year-old striker and goalkeeper Kaitlyn Williams will be two players who could make a big impact upon this tournament, and even upset the world order.

The opening matches in Pool A on Wednesday 10 June, see China take on Canada and Great Britain face Spain, while Argentina opens its account against Canada on Thursday 11 June.