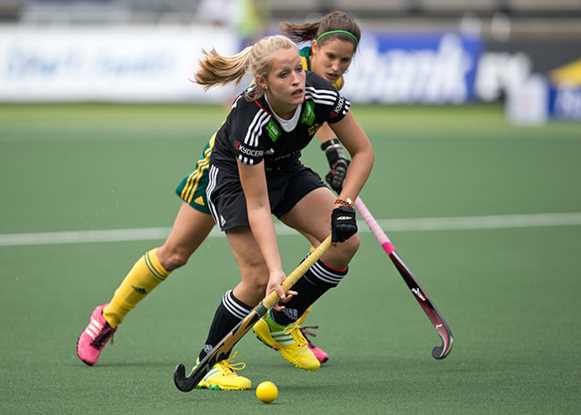 A mix of new faces and years of experience

With just 24 hours to go before the Women's Hockey World League Semi-Final bursts into action in Valencia, it is time to meet the teams in Pool B.

With the top three teams from Valencia guaranteed a place at the showcase end of year Hockey World League Final and the 2016 Rio Olympics; plus the chance for fourth-placed teams to also qualifiy for these two events, depending upon other results, this is crunch-time competition.

Pool B is packed full of exciting teams, all craving a chance to get onto the biggest stage of all. Highest ranked team in Pool B is the fifth-ranked USA. This is a team that is on a definite upward trajectory. A fourth place finish at the 2014 World Cup, followed hot on the heels of a triumphant Champions Challenge in Glasgow.

There was a dip in form at the recent Hawkes Bay tournament in New Zealand, where they finished fifth of eight teams but, significantly, the team recorded a victory over fellow Pan-American side Argentina and will take confidence from a 3-0 test series against Pool B rivals Ireland.

Captain Lauren Crandall continues to impress both as a player who can steady the ship with her defensive strength and as a leader who inspires a phenomenal team work ethic.

Ranked one point lower are the reigning European Champions, Germany. The current squad is young and under going a building process, with their coach Jamilon Mulders insisting they are preparing for the long-term, and will be happy with third or fourth place in Valencia.

But, as every other team is aware, when it comes to important competitions, Germany usually delivers. However, Die Danas will be without influential captain Julia Muller, Katharina Otte, Lisa Schutze and Pia-Sophie Oldhafer – all of who have been forced to withdraw through injury. And a recent 3-0 loss to Spain will also have rocked the team's confidence.

The leadership team that includes Julia Muller-Weiland, Francisca Hauke and Hannah Kruger will need to be at their motivational best to ensure Germany plays to its potential.

South Africa, who come to Valencia ranked 11th, are the unbeaten African Continental Champions, but the team will want to qualify via this tournament, particularly as a place at the Hockey World League Final will give them extra top level international competition in the build-up to Rio 2016.

The team will however be without its most capped player, Marsha Cox, who misses out on this event as she is currently unavailable for selection.

Ireland come to Valencia with high confidence levels after winning the HWL Round Two tournament in Dublin. While coach Darren Smith has announced his intention to step down as coach to the Green Army after Valencia, the team has a successor in place – assistant coach Graham Shaw – and will be hoping to give Smith a fitting send-off by achieving an Olympic qualification spot.

The team ranked 14 has a number of talented players in its ranks, and captain Megan Frazer will be leading by her usual energetic example. At 29, Uruguay is the lowest ranked team in Valencia but should not be under-estimated. The team defeated four teams ranked higher in the HWL Round Two event in Montevideo earlier this year, and in Florencia Norbis, Sofia Mora and Constanza Barrandeguy, it has three excellent goal-scorers.

Despite having no Olympic or World Cup tradition, Uruguay are the epitome of a nation that is taking full advantage of the opportunity offered by the new qualification process.

Pool B action begins with the first match of the competition here in Valencia. South Africa take on Ireland, with Germany facing Uruguay. On the second day of action, Uruguay face Pan-American rivals USA.