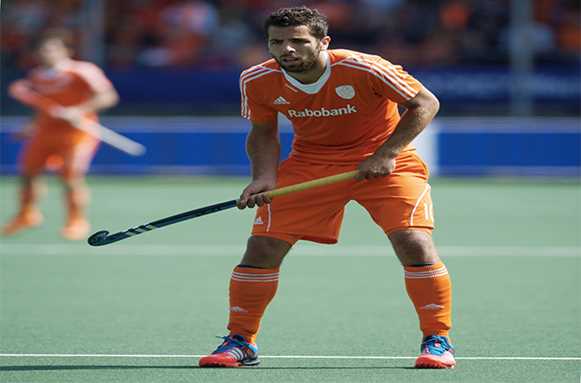 The Netherlands, New Zealand, Korea, Japan and Egypt are the teams battling it out in Pool A at the Argentina Hockey World League Semi-Final in Buenos Aires, Argentina. Let’s get some more information on their Road to Rio.

THE NETHERLANDS – current world ranking 2
The Olympic and World Cup Silver medallists from the Netherlands are considered by many to be among the tournament favourites to grab one of three available Olympic tickets in Buenos Aires. The current Dutch group contains a glittering array of world class talent including midfield dynamo Robert van der Horst, silky playmaker Robbert Kemperman and quicksilver goal-scorer Jeroen Hertzberger, while powerhouse defender Mink van der Weerden is arguably the best penalty corner flicker in the world. Head Coach Max Caldas – the Buenos Aires born former Argentine international who was named FIH women’s Coach of the Year for 2014 after leading the Netherlands women to glory at last year’s Hockey World Cup – has plenty of wonderful players to choose from, so you can be sure that the European giants will be a force to be reckoned with in Buenos Aires. Oranje won the inaugural season of the Hockey World League and will give everything to defend this title. However, they first need to qualify for the tournament Final, which will be held in India at the end of this year. Reaching the Top Three here in Argentina, will ensure their participation.

NEW ZEALAND – current world ranking 7
The Black Sticks, Silver medallists in the inaugural Hockey World League tournament last year, will come into the event in confident mood after recently claiming the 2015 Sultan Azlan Shah Cup in Ipoh, Malaysia. The Black Sticks emerged triumphant at the famous invitational event, defeating reigning world champions and world number 1 Australia in a shoot-out in the competition final. The team also recorded notable results against two nations competing in this event, running out comfortable 5-0 winners against Pool B’s Canada before drawing 3-3 with Pool A rivals Korea. Powerhouse drag-flicking defender Andy Hayward and agile goalkeeper Devon Manchester were both stars players in that particular tournament, and will be looking to make their mark on the event in Buenos Aires. The team coached by former Australian international Colin Batch is blessed with enormous talent, supreme fitness levels and an incredible will to win, all attributes that make them a side to be both feared and respected in equal measure

KOREA – current world ranking 8
Korea come into the Hockey World League Semi-Final with a big reputation that has been earned by a long period of excellence at both Asian and world level events. The world no 8 ranked team have competed in every Hockey World Cup since 1994 and every Olympic Games since 1996, although that record could be in jeopardy should they fail to achieve a top three finish in Buenos Aires. Korea missed out on automatic Olympic qualification at the 2014 Asian Games on home soil in Incheon, where India took home
both the Gold medal and the ticket to Rio ahead of Silver medallists Pakistan. However, the host nation did produce an excellent performance to take the Bronze medal ahead of Malaysia, with penalty corner expert and tournament top scorer Jang Jonghyun scoring twice in a 3-2 victory. Jang also top scored at the 2014 FIH Champions Challenge 1 in Kuantan, Malaysia, as Korea defeated HWL rivals Canada in the tournament final to secure a place at the prestigious FIH Champions Trophy 2016.

JAPAN – current world ranking 16
The Samurais – coached former Korea international Kang Keonwook, an Olympic Silver medallist from the Sydney 2000 Games – booked their place in the Semi-Final phase of the Hockey World League courtesy of a third place finish at the HWL Round 2 event in Singapore. Like Pool A rivals Korea, Japan missed out on automatic Olympic qualification at the 2014 Asian Games in Incheon. Their sixth place finish at that event means that they need to produce a strong performance in the Argentina Hockey World League Semi-Final if they are to maintain hopes of competing in their first Olympic Games since 1968. Japan recently produced some excellent displays in a test series defeat in India against the host nation, and will be keen to make a good impression in Buenos Aires. Key players in the Japan line-up include defenders Koji Kayukawa and Tomonori Ono, while lively striker Kenta Tenaka is a reliable source of goals for his team.

EGYPT – current world ranking 20
Egypt started their Hockey World League journey in September 2014 when they participated in the Round 1 tournament in Nairobi, Kenya. The North Africans produced a dominant display by topping the table ahead of continental rivals Kenya, Ghana and Tanzania, securing a safe passage through to the second phase, where they would face several higher ranked nations in the eight-team tournament in Cape Town, South Africa. Again, Egypt showed that they were more than up to the challenge, snatching third place behind tournament winners France and surprise Silver medallists China. Egypt’s place in the Hockey World League Semi-Finals was confirmed thanks to a stunning shoot-out victory over continental rivals South Africa, condemning the home favourites to fourth place and forcing them to rely on success in October’s African Cup for Nations later this year if they are to realise their own dream of competing in the Rio 2016 Olympic Games. Fascinatingly, Egypt will play host to that continental championship, and will feel more confident than ever that they can break a South African event winning streak that goes back to 1993.