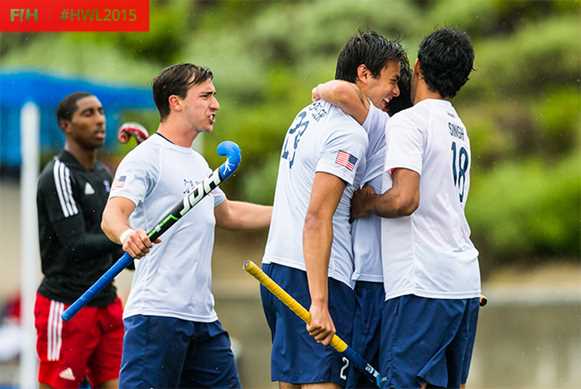 It’s a sporting rivalry as old as the hills, but today the USA face Russia in the final round of pool matches in Hockey World league Round 2, and the USA will be hoping to make their home advantage count in this must-win game.

Russia will go into the match unbeaten so far in the tournament – the Eurasian giant beat Trinidad and Tobago 6-1 and Canada 2-1, while Team USA lost their opening match to Canada 5-2, before redeeming themselves with a 7-1 win over Trinidad and Tobago.

As it stands, Russia, Canada and the USA could all win the pool, depending upon today’s games and the number of goals scored. The first match of the day will pit Canada against Trinidad and Tobago, and the score in that game will indicate what Russia and the USA need to do in order to win the group or finish as high in the pool as possible.

On present form, Russian will enter the match as favourites to win the pool, but coach Mikhail Bukatin erred on the side of caution when he said: “I don't like to do forecasts, each opponent is strong and can win.”

The captain of the Russian team, Evgeny Mokrousov, said: “Our preparation to play against the USA has been good. We have a plan and will stick to it.”

“As always it is great to play in front of a home crowd,” said Chris Clements, Head Coach of the U.S. Men’s National Team. “Hosting a tournament like this is important for aiding in increasing the profile of the men's game in the USA.”

“Our team has started off the World League Round 2 tournament in a blooming fashion,” said U.S. Men’s National Team athlete Michael Barminski. “We are looking to continue that trend throughout the following week and give ourselves the best chance at advancing to the Hockey World League Semi-Finals.”

“Russia is a formidable opponent and have proven themselves a strong side thus far in the tournament,” said Barminski. “A win against Russia will afford us an opportunity to place in the upper half of the pool, advancing us into the quarterfinal with a high seeding. We will look to carry out our game plan in high detail and structure as we anticipate an intense match.”

All the Team USA players are enjoying the experience of playing in front of large home crowds, said Barminski. “Playing in front of our home crowd has been an awesome experience,” he said. “It has drawn in people from all over California and has greatly heightened the exposure of the sport to this area. I look forward to the coming week and having our Team USA crowd cheering us on into the playoffs.”

The Russian team followed up their close 2-1 victory over Canada with a promise to keep their winning momentum going when they face the host nation. On Twitter Field Hockey Russia posted: “Today a light training session. Tomorrow we take on the masters.”