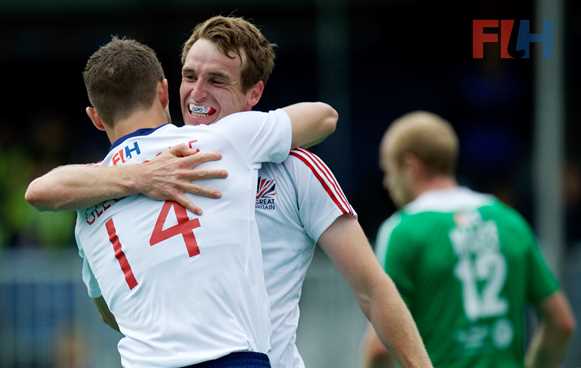 FIH has confirmed today that BT Sport will broadcast the men’s and women’s Hockey World League Finals in the United Kingdom and Ireland later this year.

Whilst the current agreement covers the Hockey World League Finals, both organisations have shown considerable desire to explore further opportunities for the sport as the United Kingdom gets set to host several key hockey events over the next three years.

The world’s best hockey teams will descend upon London for the Champions Trophy in 2016, Hockey World League Semi-Finals in 2017 and the Hockey World Cup in 2018, which will all take place in Queen Elizabeth Olympic Park at Lee Valley Hockey and Tennis Centre.

This broadcast agreement comes shortly after Ireland men qualified for the Olympic Games for the first time in over 100 years, following Great Britain men and women who qualified for Rio 2016 earlier this year at the Hockey World League Semi-Finals.

England women also enjoyed recent success as they defeated reigning Olympic and World champions Netherlands to become European champions for only the second time in their history.

Their women’s form has seen them receive a number of awards in recent weeks. At present they are currently shortlisted for this year’s BT Action Woman of the Year Award which celebrates the ten most outstanding sporting performances by British female athletes in 2015.

Speaking about the broadcast deal, FIH CEO Kelly Fairweather said: “This agreement is testament to the growing interest in hockey in these key markets - Great Britain and Ireland, following their national teams’ recent success. It is therefore extremely encouraging to see hockey added to BT’s already impressive programming. We look forward to working with them to make BT Sport the ‘Home of Hockey’ in the UK and Ireland.”

He continued: “This is the latest broadcast deal to be agreed in cooperation with our Media Partner Star Sports. We are delighted that the men’s and women’s Hockey World League Finals will now be broadcast into millions of homes around the world. With exciting developments being introduced to the TV production we are making important steps to providing world class TV content in line with our overall aim to make hockey a global game that inspires the next generation.”

Simon Green, head of BT Sport, said: “Securing the FIH men’s and women’s Hockey World League Finals is a superb addition to our line-up, further expanding the range of our programming. The UK is set for increasing interest in hockey with the world’s best hockey teams playing in London for the Champions Trophy in 2016, Hockey World League Semi-Finals in 2017 and the Hockey World Cup in 2018.”

Sally Munday, Chief Operating Officer of Great Britain Hockey, said: “Hockey in Britain is receiving increasing broadcast coverage and this partnership provides another welcome opportunity for sports fans to enjoy the best international competition. It’s an important year for both men’s and women’s teams with Rio 2016 fast approaching. The Hockey World League provides great preparation for the teams and we hope the coverage will inspire fans to come along to the women’s Champions Trophy which we’re hosting at Queen Elizabeth Olympic Park in June.”

This broadcast deal follows recent agreements with Fox Sports in Australia and ATN in Canada. CCTV have also agreed to broadcast games from the women’s Argentina Hockey World League Final, which will see hockey broadcast into millions of homes throughout China.

With 14 broadcasters now covering these events, the Hockey World League Finals continue to be a popular acquisition for the world’s media.

Details about the women’s Argentina Hockey World League Final in Rosario can be found here.