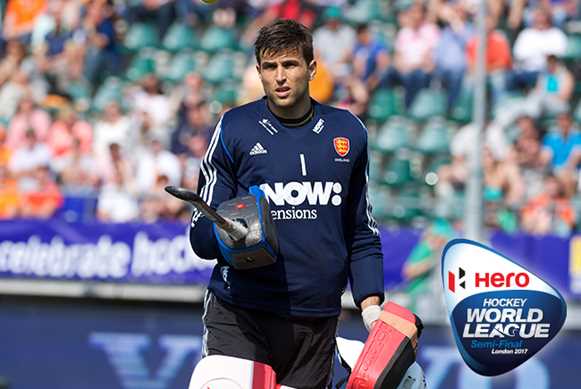 George Pinner is one of three captains as part of a refreshed England squad Photo: FIH/WSP

With the memory of Rio 2016 now consigned to the history books, the thoughts of players and coaches turns to the next major international. The target for teams now is the 2018 Hockey World Cups, to be held in India (men) and England (women).

Coaches talk about cycles and, at this point, we are nearly a year into the next cycle. The past 12 months has provided an opportunity for coaches and players to reflect on both their achievements and their futures. For some players and coaches, Rio 2016 was a swan-song and they stepped away from the international stage; for others, there are entirely new challenges on the horizon.

For many players and some coaching staff, the next few weeks will be their first appearances at a major international event. They will have played test series, they will possibly have played Under-21 tournaments, but in London, Johannesburg and Brussels, the Hockey World League Semi-Finals will be their first taste of the big time. The challenge to players and staff is to integrate new players as seamlessly as possible.

Bobby Crutchley is England’s Head Coach, a position he has held since 2013. As both an international and a coach within the international set-up, Crutchley is used to seeing players come and go. For the London Hockey World League Semi-Final, he has a balanced mix of new players and experience, with eight of his team having made more than 100 international appearances. This includes Barry Middleton, who will add to his 379 caps for England and Great Britain.

Crutchley is relaxed about the prospect of introducing new players into the cauldron of a home event. “We have a significant number of new players, which is pretty common the year after an Olympic Games. The blend of any team is important. Experienced players often help give you stability and a foundation for your game. However, inexperienced players sometimes can give you a surprise element and bring a fresh energy to your team.

“Both staff and players have worked hard at integrating new players. However, as a new group we are all learning and it is important that we work hard at getting to know each other. It is not just about educating the new players.”

For the Head Coach and his team, this is an evolutionary process. Matches are reviewed and the players will talk about what went well and what didn't go to plan.

For England, a new challenge is to make an innovative leadership group work. For the first time, the squad will have three captains – George Pinner, Phil Roper and Ian Sloan – and the coming matches will be an indicator of the success of that strategy.

Scotland will arrive at the Hockey World League Semi-Final in London with an entire team and coaching staff inexperienced at operating at this level. The Blue Sticks have made dramatic progress over the past two years and now sit at 23 in the FIH Hero World Rankings [having moved up four places recently] and face the challenge of a first-ever appearance at the Hockey World League Semi-Final stage.

Derek Forsyth is Scotland men’s Head Coach. He points out that, although the tournament is new to his players, his squad has been together a while. “The only new member to the squad is Tommy Alexander, who joined the programme in February. He previously represented Scotland at Under-21 level back in 2010 and therefore is familiar to the majority of the present squad.

"We have evolved and developed over time and I think we have a good mixture of experience, youth and enthusiasm and we are bound together by a common objective.

“We aren’t able to get together as frequently as we would like but, when we do, we have camps, an agenda and objective meetings. These are very interactive and everyone’s opinions are valued.”