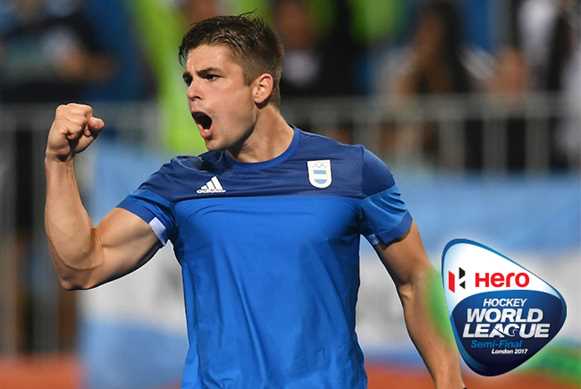 Host nation England (FIH Hero World Ranking: 7) are joined by Olympic champions and world number one Argentina as well as Netherlands (WR: 4), India (WR: 6), Korea (WR: 12) and Pakistan (WR: 13), nations that qualified automatically by being ranked between first and 11th at the time of entry. The line-up is completed by Canada (WR: 11), Malaysia (WR: 14), China (WR: 18) and Scotland (WR: 23), who all qualified thanks to excellent performances in the Hockey World League Round 2 events earlier this year.

The top four finishers in London will qualify for the eight nation Hockey World League Final, although there is a small caveat to this. If India, the host nation of the Final, do not finish in the top four then only the top three teams in London will qualify. They will be joined by the top three finishers from the Semi-Final competition in Johannesburg, South Africa, plus the highest ranked fourth place finisher from the two Semi-Final events.

When it comes to Hockey World Cup qualification, the heat is seriously on. There are five automatic berths available here in London, although this will increase depending on the outcomes of the upcoming Continental Championships, which are also World Cup qualification events. With this significant detail in mind, all competing nations will be determined to finish as high up the standings as possible to give themselves the best chance of a ticket to the Odisha Hockey Men’s World Cup Bhubaneswar 2018, which takes place in November-December next year.

With so much on the line we can expect dramatic, action-packed and exciting matches, played in a superb stadium that next summer will play host to a World Cup of its own - the Hockey Women’s World Cup London 2018.

In Pool A, Olympic gold medallists Argentina, coached by the charismatic Carlos Retegui, are surely the team to beat. Key players include veteran Matias Paredes, defender and captain Pedro Ibarra as well as creative genius Lucas Vila, although it is powerfully built penalty corner expert Gonzalo Peillat who often grabs the headlines thanks to his incredible prowess from set-pieces. Los Leones will face stiff competition in the pool phase, with home favourites England likely to challenge. Twelve of the players selected by Head Coach Bobby Crutchley were part of the Great Britain squad that won the prestigious Azlan Shah Cup invitational competition in early May, defeating world number two side Australia in a thrilling final.

The Pool A line-up is completed by Korea, Malaysia and China. Like Argentina and England, Korea qualified by virtue of being ranked 1-11 at the time of seeking entries, while Malaysia and China finished first and second respectively at the Hockey World League Round 2 event in Dhaka, Bangladesh. All three sides have plenty of talent and will make it as difficult as possible for the Olympic champions and the hosts.

European champions The Netherlands are seen by many as the likely front runners in Pool B, and arrive in London with a squad packed with the usual flair. Play-makers Billy Bakker and Robbert Kemperman as well as teenage sensation Jorrit Croon, the young forward who celebrated his 18th birthday at the Rio 2016 Olympic Games where his team finished in fourth position, are all likely to be central figures. They also have a powerful penalty corner weapon in defender Mink van der Weerden, who ranks alongside Argentina’s Peillat as one of the world’s best drag-flickers.

As well as the Netherlands, many eyes are also focussed on eight times Olympic gold medallists India and three time Olympic champions Pakistan, two nations with a proud hockey heritage and who tend to save their best performances for when they face each other. India have the upper hand in terms of rankings and, as hosts of both the World League Final and next year’s Hockey World Cup, arrive in London without the pressure of needing to achieve qualification. That said, Head Coach Roelant Oltmans will demand that his youthful players, captained by 24-year-old midfielder Manpreet Singh, perform to the very best of their abilities. Pakistan also have plenty of youth at their disposal, with midfielder Muhammad Rizwan Jr – a member of the Green Shirts team that competed at the London 2012 Olympic Games – being very much a leadership figure in the side coached by Khawaja Junaid.

Canada and Scotland also compete in Pool B having qualified thanks to solid displays in Round 2. Canada, who at 11th in the FIH Hero World Rankings sit two places above Pool B rivals Pakistan, finished second at the Round 2 competition in Tacrarigua, Trinidad & Tobago thanks largely to the 13 goals scored by Scott Tupper (7) and Mark Pearson (6). Scotland finished third at the Round 2 competition in Belfast, but they are certainly not a side to be taken lightly. Alan Forsyth – son of Head Coach Derek Forsyth – is currently one of the hottest strikers in world hockey and could make a big impression on this competition.